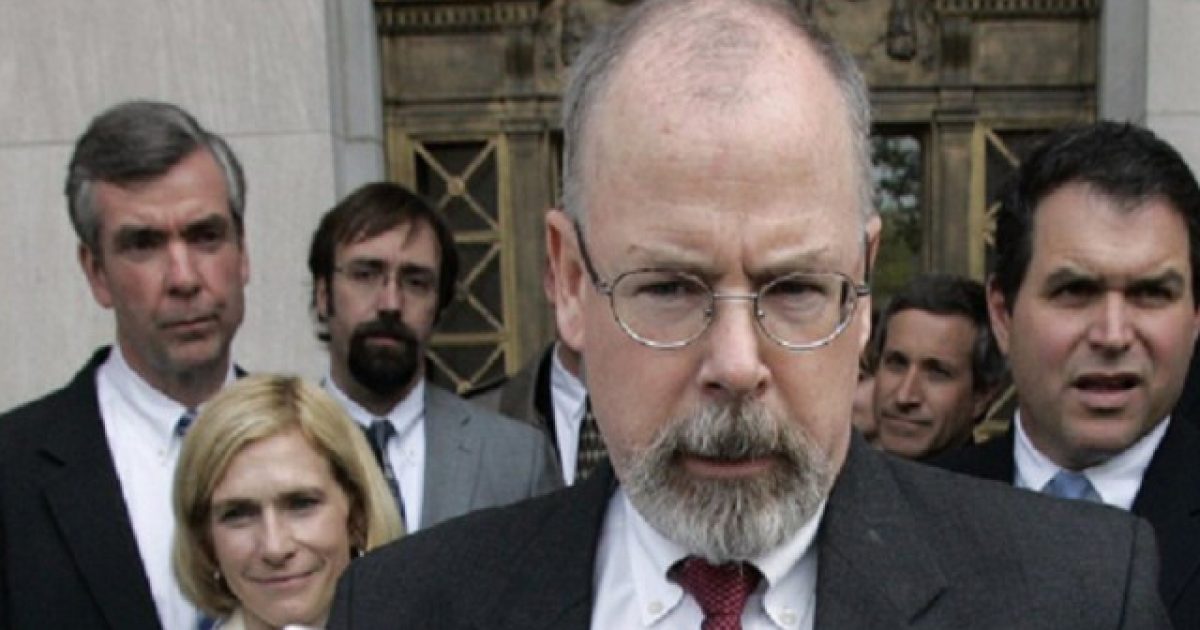 Rep. Jim Jordan, who is a high ranking member of the House Judiciary Committee, stated over the weekend that he’s currently having “numerous talks” with the Justice Department and claims that a report from U.S. Attorney John Durham is coming “real soon.”

“Mr. Durham is doing his work. I expect some kind of report … real soon,” Jordan replied after being asked by Maria Bartiromo on Fox News about the status of the criminal investigation into the Russia probe.

Durham was appointed by Attorney General William Barr more than a year and a half ago to investigate misconduct by federal law enforcement, intelligence officials, and others related to the FBI’s inquiry into links between President Trump’s campaign and Russia. So far, the prosecutor has secured one guilty plea from a former FBI lawyer.

Democrats and national security veterans have criticized the DOJ inquiry as a politicized weapon that Barr can use against the president’s political adversaries. Trump and his allies hope Durham will uncover evidence that there was a “coup” to undermine his campaign and administration.

“Like you, I am frustrated that it didn’t happen sooner,” Jordan said. “But, look, you and I can’t prosecute anyone. We can’t indict anyone. All we can do is get the facts out to the American people. The Justice Department has to do that. I’m hopeful they are going to have something real soon for the American people.”

It’s critical that we know all of the facts surrounding how the radical left actors within the Deep State managed to put together the investigation into Russian collusion because it has serious ramifications for future presidential candidates.

No political candidate should have to worry about having their campaign spied upon by individuals who are seeking to undermine the integrity of an election and have the person of their choice placed into office bypassing the voice of the American people.

Here’s to hoping Durham has managed to get to the bottom of this scandal and will reveal the truth to us, leading to folks being held accountable for their illegal actions.