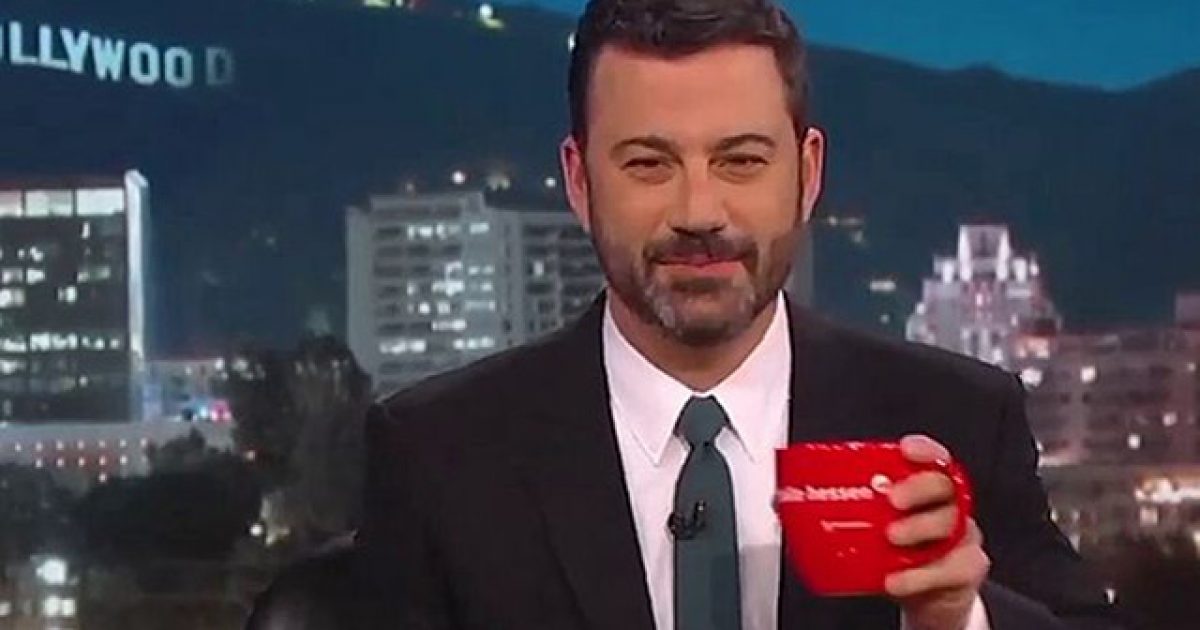 Late night talk show host Jimmy Kimmel isn’t exactly known for having a wholesome sense of humor, often times resorting to shock jock style jokes in order to cajole his audience out of a few chuckles to validate himself as a “funny guy.”

Kimmel has been on the warpath against Trump, his administration, and anyone who has come out in any way to support the president, making our commander-in-chief the butt of many a joke on his program.

However, his latest bit is pushing things just a little too hard into the realm of the vulgar and obscene.

Kimmel started his rant with this:

The president also weighed in today on the subject of his omnipotence. His lawyer, Rudy Giuliani, has been going around claiming that the president has the power to pardon himself. In other words, he could commit a crime and absolve himself from any punishment for the crime.

And it turns out the president agrees with that assessment. He wrote, “As has been stated by numerous legal scholars” that he saw on Fox News, “I have the absolute right to pardon myself. But why would I do that when I have done nothing wrong?”

“Is it possible he thinks pardon myself is another way to say masturbate? Because otherwise — can you imagine how Donald Trump would have reacted if Barack Obama said he had the right to pardon himself? That shelf of hair on his head would pop open like a hatch and a little Trumpelstiltskin would jump out in a fit of rage. His beady little eyes would bulge out of it until they burst like two gerbils in a microwave. Spinning and screaming until they turned bright purple with rage and stomped a chicken bucket-sized hole in the president’s head. That’s how it would go if Obama said he could pardon himself.”

Kimmel concluded his little rant by saying, “Don says he can do it; he’s allowed to pardon himself, which is definitely the kind of thing people who are not guilty say.”

If Kimmel spent half the amount of time he wastes on really bad jokes about the president and Republicans on volunteer work in his local community, it would be shocking to see much more improved the area would become.

Unfortunately, it’s easy money to poke fun of the president and to use dirty words and perverted speech shame someone you disagree with politically.