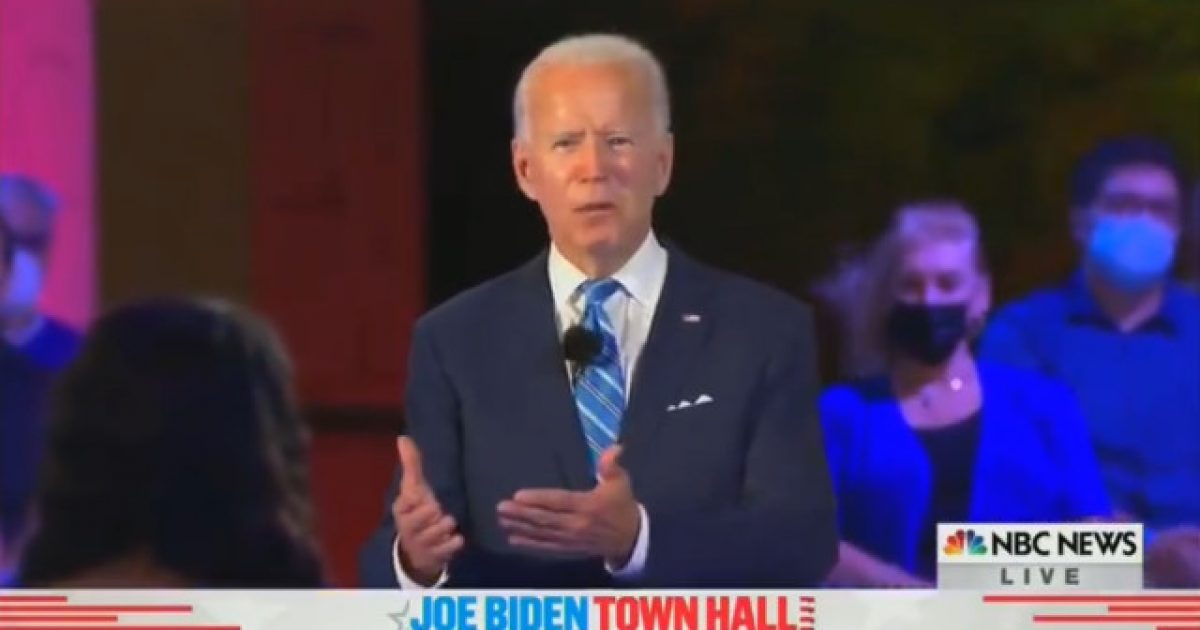 Former vice president and current Democratic presidential candidate Joe Biden just cannot seem to keep himself from saying creepy, stupid things, as is evidenced by recent comments he made about his once having the support of law enforcement officers and organizations across the country.

During a town hall event that was hosted by MSNBC, Biden stated that he no longer had the support of these agencies, who he said needed “sensitivity training.”

A woman who described herself as the mother of a police officer and the wife of a retired officer asked the presidential candidate to share his thoughts on the whole “defund the police” movement and what his policies would do to promote both the safety of officers and local communities.

“Biden dodged the question of safety, but pointed out that cops had supported him in the past,” The Washington Free Beacon reported.

“I have had overwhelming support from police my whole career, up until this year,” Biden told the woman.

Democratic presidential nominee Joe Biden admitted during an NBC town hall that he no longer has the support of law enforcement when questioned by the wife of a police officer.https://t.co/1zjsaZNnc5 pic.twitter.com/v0GIjLLFZe

President Donald Trump grilled Biden during the presidential debate over the lack of support that he has received from law enforcement groups, saying, “He doesn’t have any law support. He has no law enforcement.”

“We don’t have time to do anything,” Biden replied.

“No. No. Think right now,” the president continued to press. “Name one law enforcement group that came out in support of you.”

This is precisely why the cops have largely abandoned the Democratic Party over the years. All these folks want to do is lump them in with all of the bad cops or act as if everyone with a badge is a criminal racist looking to pop a bullet in someone because of the color of their skin.

The left has crafted a narrative that is anti-police and used it to fuel chaos. Why would police officers support the party responsible for that?

Trump Still Plans On Debating Joe Biden On October 15, Despite Battle With Coronavirus

MSNBC: Trump Saluting Marine One Is A ‘Mussolini Moment’ & ‘Something Out of North Korea’