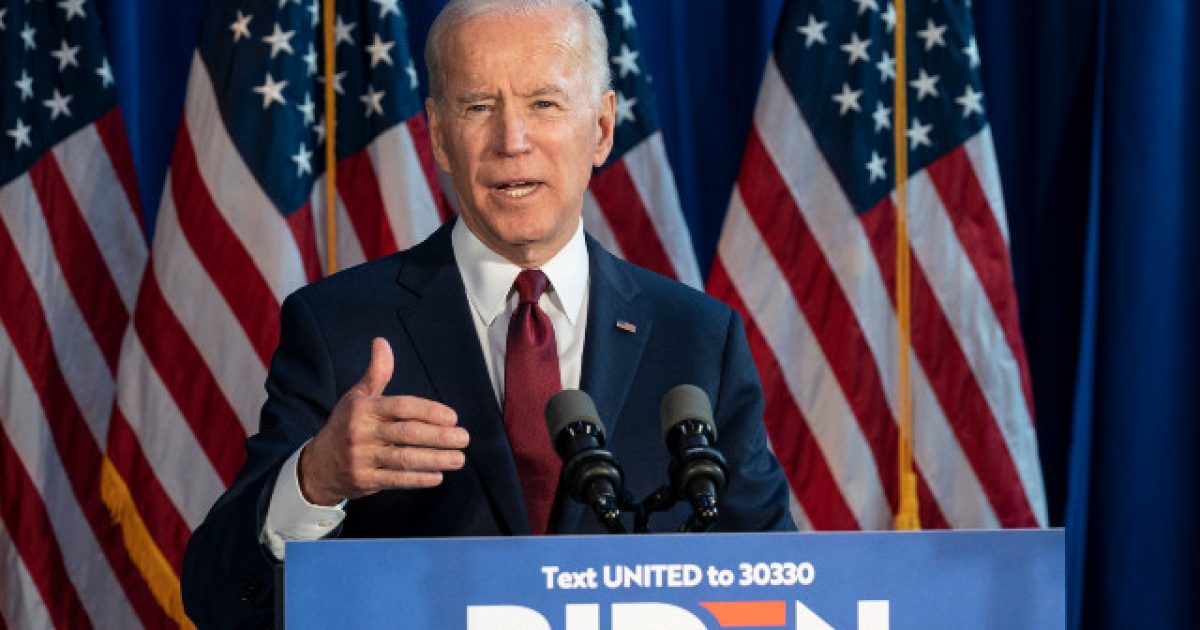 If you’re a person working for the Joe Biden presidential campaign right now, you have to be subsisting on a steady diet of Xanax in order to deal with the stress this man causes by simply opening up his mouth and spouting forth all kinds of nonsense.

Is it any wonder that folks on the left are so desperate to keep Biden out of the public eye? Clearly, there are some serious mental health issues happening with this man, possibly something like dementia, but they are pushing him forward anyway. Lots of reasons exists for doing that, but regardless, it’s brutal to watch.

Biden recently made a statement that essentially said all black people think the same and Latino people have diversity of thought. This didn’t go over well for obvious reasons.

The former vice president then made an apology for the statement, but it was horrible too, so now he’s getting creamed for that too.

Early on Thursday, Biden said during an interview, “What you all know, but most people don’t know, unlike the African American community, with notable exceptions, the Latino community is an incredibly diverse community with incredibly different attitudes about different things.”

Check out some of the criticism for his non-apology from folks on Twitter:

Clarify? There is not a single word clarifying what you meant in your series of tweets. Whoever is writing these tweets for you is doing a poor job. https://t.co/UyKtHVrhTd

but I had been reliably informed by certain members of the press that Biden a) said nothing wrong and b) didn't say what you clearly heard him say. https://t.co/JyifS6YCnZ

It is veeeery interesting to me that @JoeBiden felt compelled to apologize for these comments that most of the media said he didn’t make or ignored.

Clean up on aisle cringe https://t.co/WzAr5hTpai

If these statements, combined with the one he made a few months ago about black people not being black if they don’t vote for him in November, isn’t enough to turn the black community away from supporting this man for president, I’m not sure what will.

Just imagine the kind of things that would be posted all over social media if this guy were a Republican. Yikes. He’d be put out to pasture by now, cancelled by the PC Police, and never be seen in the public sphere again.

But, because he’s liberal, it seems he gets a free pass.

Hypocrisy at its finest.

ICYMI: Bill Gates Says ’You Don’t Have A Choice’ When It Comes to COVID-19 Vaccination