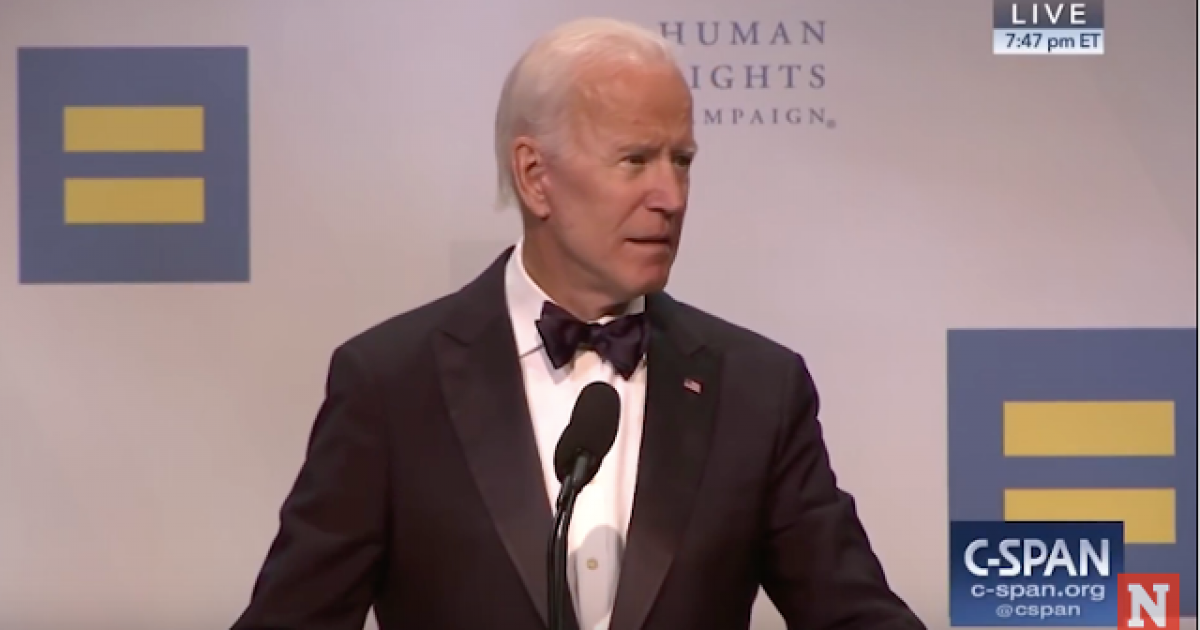 Former Vice President “Crazy Uncle Joe” Biden has just joined Hillary Clinton’s ranks for dumbest choice of words ever — remember the whole “deplorables” comment? — by going on record to insult millions upon millions of Trump supporters by calling them the “dregs of society.”

Apparently, Biden doesn’t want his party to ever win another election again, because comments like this have that effect on the average American voter.

“Despite losing in the courts, and in the court of opinion, these forces of intolerance remain determined to undermine and roll back the progress you all have made,” he said. “This time they — not you — have an ally in the White House. This time they have an ally. They’re a small percentage of the American people — virulent people, some of them the dregs of society.”

“And instead of using the full might of the executive branch to secure justice, dignity, safety for all, the president uses the White House as the literal — literal — bully pulpit, callously — callously — exerting his power over those who have little or none.”

“Barack and I agreed to remain silent for a while to give this administration the chance to get up and running in the first year,” Biden said. “God forgive me,” he added, making the sign of the cross as the audience applauded.

“Those who try to excuse this kind of prejudice in the name of culture, I say, ‘Prejudice is prejudice and humanity is humanity — it is a crime,'” Biden said, urging those in the room to continue to oppose Trump. “Our work is not yet done by any stretch of the imagination. The stakes are much too high.”

It certainly seems like Biden is attempting to gear up for a potential run in 2020, however, if that ends up being the case, he’s certainly not doing himself any favors by treating potential voters who could be on the fence but happen to like Trump like dirt. He’s shooting himself in the foot so to speak.

Yet, given his track record for utter foolishness, this isn’t likely going to cause him to fade into the unknown and out of the public eye. We could only be so lucky.