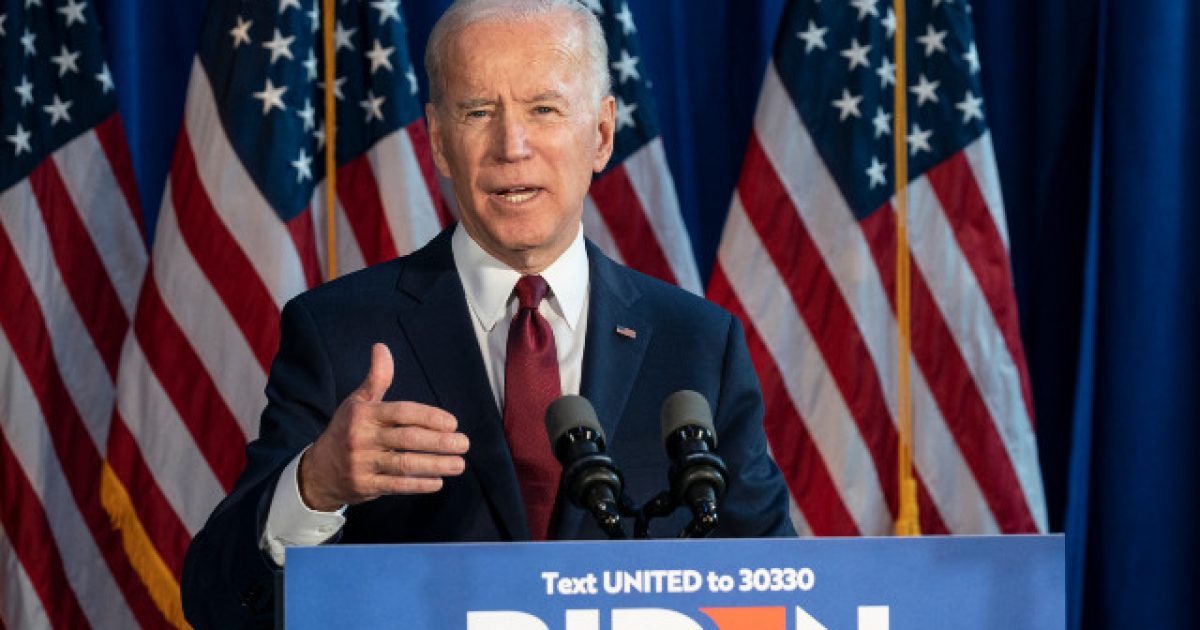 Democratic presumptive nominee Joe Biden’s cancer initiative spent nearly two-thirds of the money it has raised to pay its top executives, which means there wasn’t a whole lot left to work toward finding a way to cure cancer, which was supposed to be the whole purpose of the foundation.

This, of course, isn’t shocking. Most politicians start foundations like this as a means of appearing to give back to the country with philanthropic efforts, when in reality it’s just a way to stay in the limelight and put a little money in their pockets.

The Biden Cancer Initiative, created not long after Biden’s time in the White House as the vice president ended, had 65 percent of its total expenditures paid out to the executives supposedly running things.

The nonprofit raised and spent $4.8 million over its two years in operation, its 2017 and 2018 tax forms show. Slightly more than $3 million of that amount went to salaries, compensation, and benefits. At the same time, the group spent just $1.7 million on all of its other expenses. A bulk of this cash—$740,000—was poured into conferences, conventions, and meetings. It did not cut a single grant to any other group or foundation during its two-year run.

An analysis of nonprofits by Charity Navigator, which rates charities for effectiveness, found that mid-to-large-sized nonprofits paid their chief executives an average salary of $126,000 per year—far less than what the Biden Cancer Initiative paid its president, Greg Simon, who pocketed $224,539 in 2017 and $429,850 in 2018. Charity Navigator’s primary criterion for rating charities is whether they “spend at least 75% of their expenses directly on their programs.”

The Biden cancer group’s financial disclosures may raise new questions about whether the presumptive Democratic presidential nominee allowed associates to profit off their access to him. Before going on to receive six-figure salaries from the Biden Cancer Initiative, Simon and the initiative’s vice president, Danielle Carnival, previously worked for the Obama administration’s Cancer Moonshot program. Biden’s son Hunter received $50,000 a month to sit on the board of Ukrainian energy company Burisma despite an apparent lack of qualifications. James Biden, Joe Biden’s brother, joined a construction firm in 2010 that later won a $1.5 billion contract to build homes in Iraq while Biden oversaw Iraq policy. Biden’s presidential campaign has been plagued with questions about Hunter’s and James’s financial activities.

So why is this important?

If a person wants to be president, personal character is an important aspect of the fitness for such a position. What kind of causes a person supports and gives to is a critical component of understanding their heart. When someone pretends to care about a cause, like a cure for cancer, but is just using it as a means of making money, that tells you what really matters to that person.

Then you and I must ask ourselves if a person with those kind of priorities is someone we want in charge of our country.

The answer here is no.

ICYMI: President Trump Says People Who Burn Old Glory Should Go to Jail For A Year