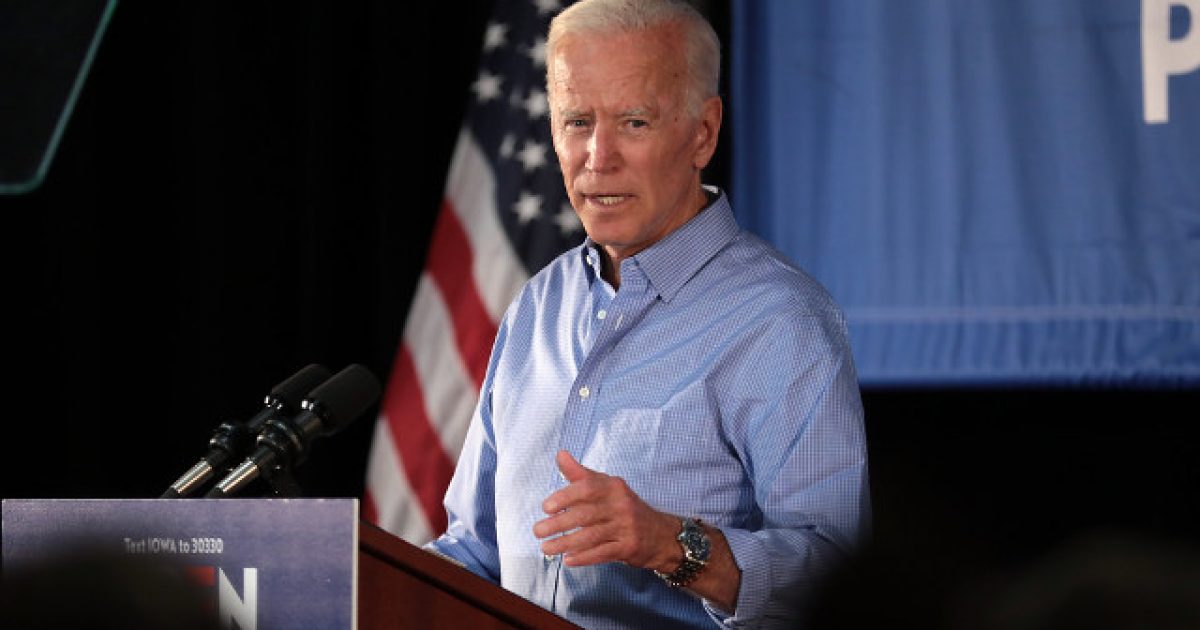 This man just simply cannot help himself. He’s constantly saying stupid things, which should send up a red flag for those working his campaign that it’s time to limit his exposure to public speaking that doesn’t involve following scripted lines.

But, for some unknown reason, they keep letting him talk.

Biden recently proved his IQ is smaller than his shoe size by stating he wanted to ban gun magazines that, and I quote, “hold multiple bullets in them.”

“This idea that we don’t have elimination of assault-type weapons, magazines that can have — hold multiple bullets in them, is absolutely mindless,” Biden said Monday. “It is no violation of the Second Amendment, it’s just a bow to the special interests, the gun manufacturers and the NRA. It’s gotta stop.”

Joe Biden makes the most extreme gun-control push of all the 2020 Democrat presidential candidates:

This call from Biden would ban most handguns pic.twitter.com/4iQkalBxVa

Biden was commenting on gun control after a gunman shot and killed seven people in West Texas over the weekend, less than a month after mass murders in El Paso and Dayton, Ohio.

Biden, who is in the news nearly daily for strange, jumbled, or outright false statements, presumably was referring to “high-capacity magazines,” something that is often cited alongside “assault weapons” as a target for gun control advocates.

What Biden is essentially suggesting, if he’s not delivering an epic gaffe and is being totally serious, is a complete ban on almost every gun in America.

Now, this wouldn’t be all that strange when you think about it. While the left claims they don’t want to take all guns, just “assault weapons,” we all know they’re full of it. They absolutely want a total gun ban, but they think the ban on assault weapons is all they can realistically achieve.

There’s a chance this total ban is what Biden is referring to, but that would be attributing an awful lot of grace to the man and assuming the two brain cells he has floating around in his head are no longer on life support.

In other words, he just probably has no idea what he’s talking about.

FLASHBACK: Bernie Sanders Was Once Asked to Leave Hippie Commune for Refusing to Work