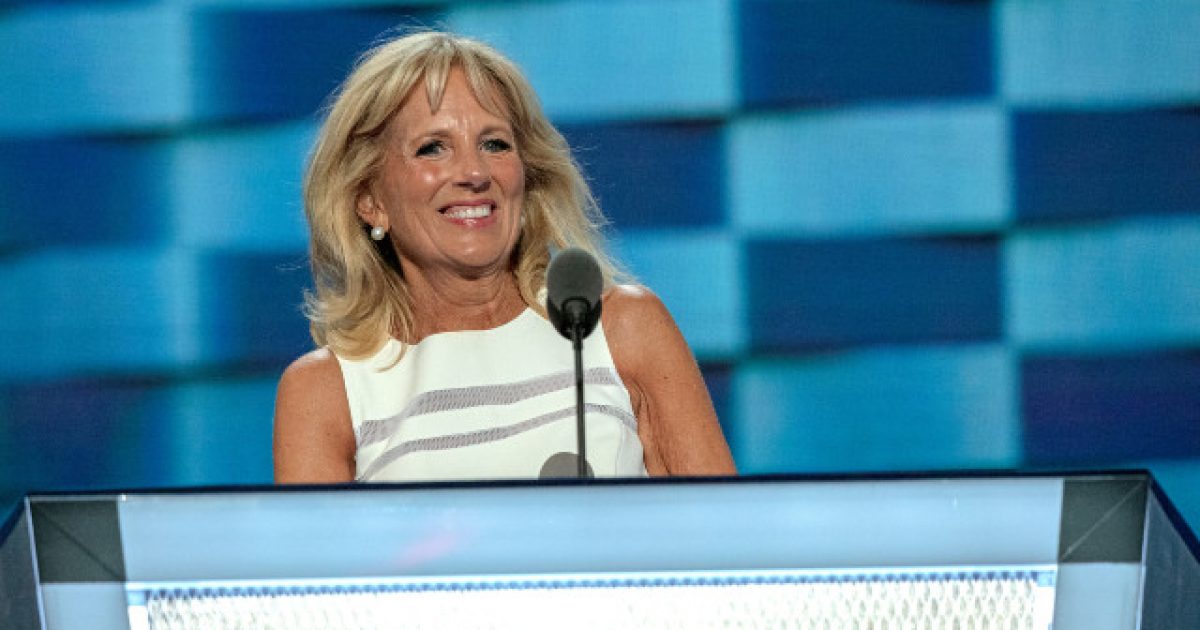 Jill Biden, wife of Democratic presidential nominee Joe Biden, made a personal appeal for why her husband should be the President of the United States, citing his “deep faith” and his perseverance through multiple major tragedies in his life, during a speech made at the Democratic National Convention on Tuesday evening.

Of course, one has to wonder how Mrs. Biden can talk so highly of her husband after he’s been accused on multiple occasions of sexual assault by several women, one of which had a very, very credible story. Surely, that must make her task difficult, right?

“How do you make a broken family whole? The same way you make a nation whole. With love and understanding — and with small acts of compassion. With bravery. With unwavering faith,” she said of Democratic presidential nominee Joe Biden.

The former vice president’s first wife, Neilia, and 1-year-old daughter Naomi died in a 1972 car crash just after he was first elected to the Senate. His sons, Hunter and Beau, survived the crash but were in critical condition, and Biden was sworn in to the Senate at his sons’ hospital bedside.

“There are times when I couldn’t imagine how he did it — how he put one foot in front of the other and kept going. But I’ve always understood why he did it,” Biden said of her husband. “He does it for you.”

The former second lady, who made history by continuing her teaching career at a community college through her husband’s tenure as vice president, made the prerecorded speech from her former classroom at Brandywine High School in Wilmington, Delaware. She spoke about the emotional impact that the coronavirus pandemic is having on education by keeping masses of schools across the country shut down.

“You can hear the anxiety that echoes down empty hallways. There’s no scent of new notebooks or freshly waxed floors. The rooms are dark, and the bright young faces that should fill them are confined to boxes on a computer screen,” she said.

Earlier in the day on Tuesday, Mrs. Biden posted a tweet that shared the first words she ever spoke to the former vice president back in 1975, which were supposedly, “How did you get this number?”

"How did you get this number?"

Those were the first words I spoke to Joe when he called me out of the blue on a Saturday in 1975.

I’ll be speaking tonight at the #DemConvention. I hope you’ll tune in! pic.twitter.com/t0amDEM2kT

The day before she posted this, her ex-husband came out and publicly stated that Jill and Joe Biden aren’t being truthful about how they first met. They say they first became a couple in 1975, but her ex-husband said the two met back in 1972 and that he suspects they may have started having an affair in 1974.