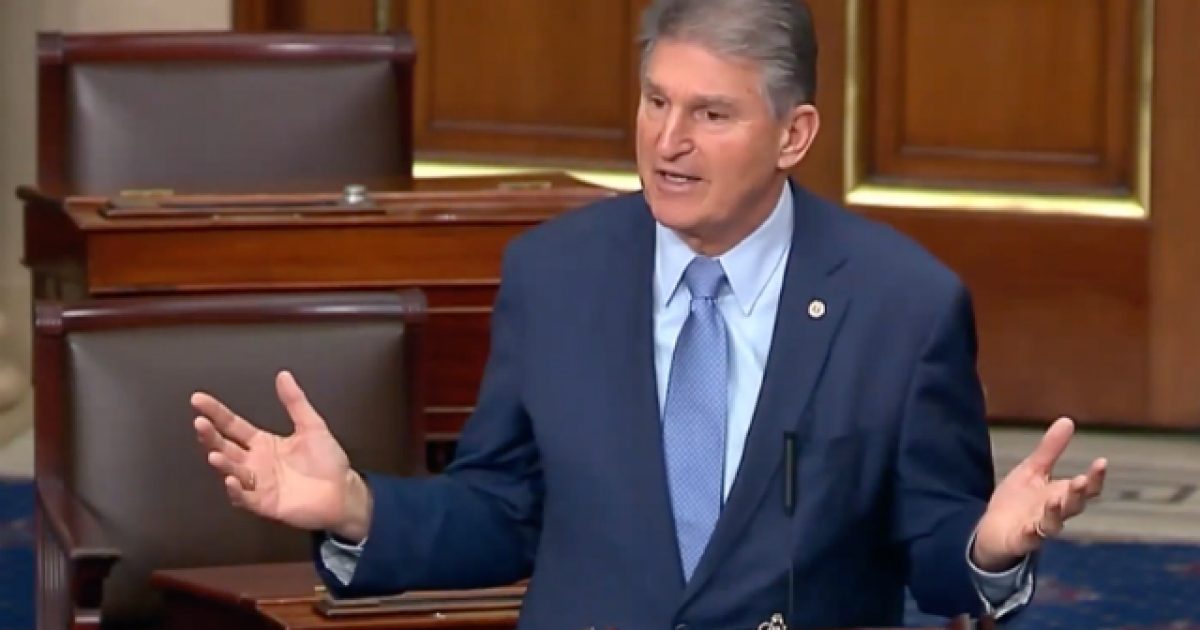 There are few projects in politics less terrific than budgets and spending, and that is despite their utter necessity hanging around the neck of our legislators for weeks at a time.

These are prolonged fights, often seeing the conservatives in Congress yanking violently at the purse strings, while Democrats employ tactics not unlike that sad, Sarah MacLachlan commercial with impoverished dogs to tug right back at their heart strings.

This is the eternal struggle, and, in 2021, there was no reprieve from the tumult.

Now, with Congress very nearly having a deal put together, Democratic Senator Joe Manchin is pumping the brakes.

In a statement Wednesday morning, Manchin said he looks forward to reviewing the agreement crafted by the Senate Budget Committee.

“I’m also very interested in how this proposal is paid for and how it enables us to remain globally competitive,” he said. “I will reserve any final judgment until I’ve had the opportunity to thoroughly evaluate the proposal.”

This figurative splash of cold water was entirely unexpected, however, as Manchin is a notoriously conservative Democrat, particularly when it comes to the subject of fiscal responsibility.

President Joe Biden was visiting with lawmakers at a luncheon at the Capitol on Wednesday, hoping to shore up support for the bill.