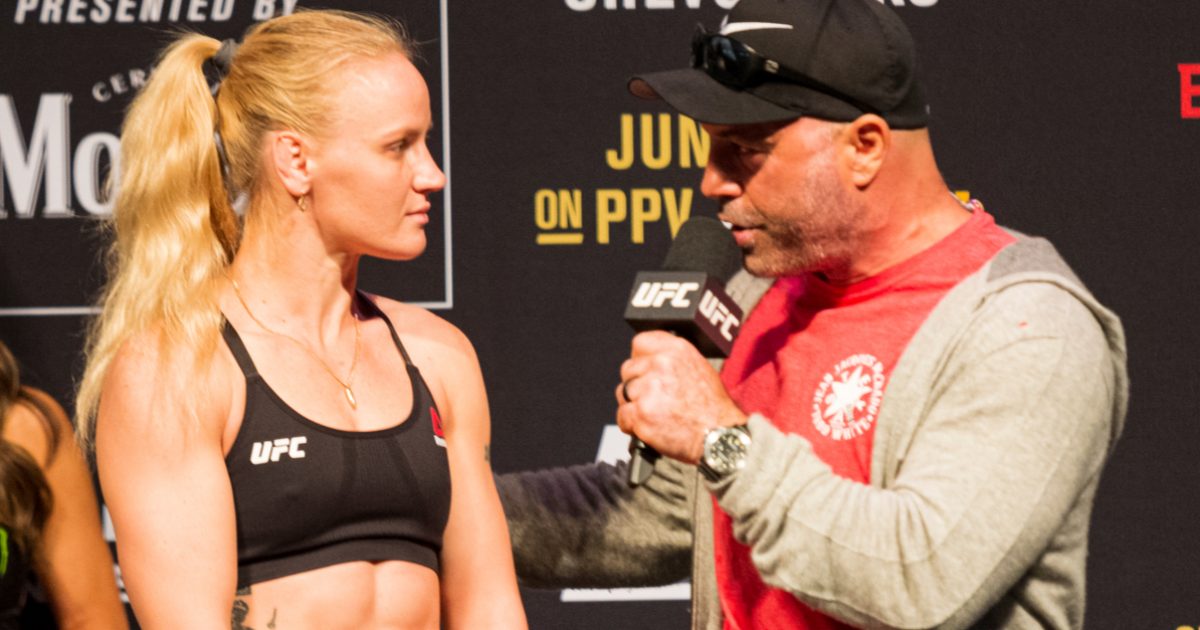 Joe Rogan is a bit of an anomaly within the media realm, having recreated the way in which many of us consume informative content.

Instead of packaging his brand of interview show into a 22-minute or 46-minute standardized slot, Rogan decided to allow for long form, freestyle content, with some episodes pushing well past the three hour mark with even a single guest.  This was largely seen as a refreshing boost to the very idea of free speech as it allowed for explanations of positions that would never have been possible within the mainstream media’s allowed portion-size.

But when Rogan finally took a deal to bring his massively popular show to Spotify, there were concerns that the program may lose a bit of its freedom, or that it might be subject to peer pressure from the world at large.

Those fears may have come true this week.

Joe Rogan retracted his comments on Thursday after receiving backlash online for suggesting young, healthy people shouldn’t worry about getting the COVID-19 vaccination.

“I am not an anti-vax person,” Rogan said on his popular Spotify podcast “The Joe Rogan Experience.”

“In fact, I said I believe they are safe and I encourage many people to take them. I just said if you’re a young healthy person, you don’t need it. Their argument was you need it for other people. But that’s a different conversation. And yes, that makes sense,” he continued.

Rogan, 53, clarified, “I am not a doctor. I am a f***ing moron. I am a cage-fighting commentator… I am not a respected source of information even for me. But I at least try to be honest about what I am saying.”

Vaccine hesitancy has been a bit of an obstacle in our nation’s reopening plan, and some lawmakers are even holding businesses hostage until a certain percentage of their local population has received a jab.

That’s not a good start.

Saturday Night Live always used to be better.  At least, that seems to be the common theme among those who once held reverence for the long-running variety show whose alumni have infiltrated all manner of spaces within popular culture. “SNL hasn’t been good since [such and such a person] left”, is a common refrain, for instance. But now, the latest controversy surrounding the program has nothing to do with fans lamenting cast members of yesteryear, but rather current cast members’ feelings on one future host. Elon Musk hasn’t appeared on “Saturday Night Live” yet, but he is already getting panned by some of its cast members. SNL announced Saturday on Twitter that the business mogul will host the late-night show on May 8. Other big names in the corporate world that have hosted NBC’s popular late-night show include Donald Trump, before he was president, and Steve Forbes. Musk, the CEO of Tesla and SpaceX, has become known for his eclectic and often controversial remarkss. He has faced backlash over his comments about the Covid-19 pandemic. He has spoken out about national stay-at-home orders, comparing it in a tweet to “de facto house arrest.” He downplayed the risk of the novel coronavirus and said he would not get the vaccine for it in an interview with journalist Kara Swisher on an episode of “Sway,” a podcast from The New York Times. The backlash was swift. Some of that criticism came from the show’s own cast. In an Instagram story, Bowen Yang responded to one of Musk’s tweets about his upcoming appearance. On Saturday, Musk had tweeted, saying “Let’s find out just how live Saturday Night Live really is.” Yang reacted at first with a frowning face. Then, he posted Musk’s tweet with a message above: “What the f— does that even mean?”…