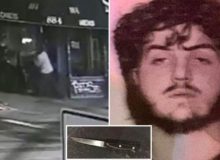 On Saturday, podcast host Joe Rogan said his takeaway from the whole COVID-19 experience boils down to two words:

During an episode of “The Joe Rogan Experience” featuring Green Bay Packers quarterback Aaron Rodgers, Rogan said, “No one who was alive today had ever experienced a true pandemic.”

“And I’m hoping that now that this is over, people are going to you know, recognize that some serious errors were made and not repeat those. That’s the best you can get out of it,” he added.

Rodgers, who has declined to take the COVID-19 vaccine, responded, “So what do you tell those people?”

“More than a million people transferred over to the Republican Party. I think in 2021 alone,” Rogan noted, likely referring to data reported in an Associated Press article in June about voter registration.

.@JoeRogan gives the best piece of advice I’ve ever heard:

Rogan, who at least as of last fall did not take the COVID vaccine, has been critical of censorship surrounding the issue.

Rogan has had guests on his program who have been critical of the federal government’s response to the coronavirus, including Drs. Peter McCullough and Robert Malone.

In February, the podcaster addressed the controversy that he was spreading “misinformation” by having guests like them on his show.

“The problem I have with the term ‘misinformation,’ especially today, is that many of the things that we thought of as ‘misinformation’ just a short while ago are now accepted as fact,” Rogan explained.

“For instance, eight months ago, if you said, ‘If you get vaccinated, you can still catch COVID, and you can still spread COVID,’ you’d be removed from social media,” he said. “Now, that’s accepted as fact.”

Rogan observed that the same was true of regarding promoting the Chinese lab leak theory concerning the origin of COVID-19 or questioning the efficacy of wearing cloth face masks.

Related:
Experts Predict Putin to be Killed by Own Generals If He...

Earlier this month, Centers for Disease Control and Prevention Director Rochelle Walensky said a top-down review of the agency’s pandemic response showed that it “fell short” in many ways.

“For 75 years, CDC and public health have been preparing for COVID-19, and in our big moment, our performance did not reliably meet expectations,” Walensky said.

“It’s not lost on me that we fell short in many ways” responding to the Covid-19 pandemic, she said.

“We had some pretty public mistakes, and so much of this effort was to hold up the mirror … to understand where and how we could do better.”

In an Aug. 19 interview with Fox News, Walensky identified more timely data release as one area the agency needs improvement.

(The CDC’s failure to acknowledge the value of natural immunity and the limits of the vaccines are two other areas that come to mind regarding the federal government’s medical bureaucracy being slow to the party.)

“What this pandemic taught us and showed us is that now we need to talk to the American people,” Walensky told Fox News’ Dr. Marc Siegel.

“We need to say what we know when we know and provide timely data and give people updates along the way.

Rogan singled out Republican Florida Gov. Ron DeSantis as an elected official who handled his responsibilities during the pandemic well.

“But you know, you look at guys like Ron DeSantis, who kept Florida open and had some pretty reasonable policies in terms of, like, what to do about COVID. And you know, he mapped it out on television,” Rogan said, according to The Post Millennial.

“He was widely criticized for this: Where he was saying, ‘We need to protect our elders, we need to make sure that medical care is available for those people, and everyone else should be able to do whatever you want to do, and protect your freedom.'”

Rogan’s right. The Republican Party during the pandemic largely held true to its founding ideal of promoting freedom, certainly in comparison to Democratic governors and other elected officials.

So the best counsel for all liberty-loving Americans is to follow Rogan’s advice:

Randy DeSoto, The Western Journal
Young Canadian Reporter Dies Suddenly and Unexpectedly from 'Heart Defect'
As 5 Rainbows Appear in the Skies Over Balmoral, Princess Kate Says the Phenomenon Can Only Mean 1 Thing
Oops: Hot Mic Picks Up South Korean President's Profane-Laced Reaction to Biden's UN Speech
Biden Whispered to Himself as Handlers Herded Press Out - Now We Know What He Said
Op-Ed: Did Lindsey Graham Just Draw a Line in the Sand on Abortion?
See more...
Advertisement

We did NOT see that coming.