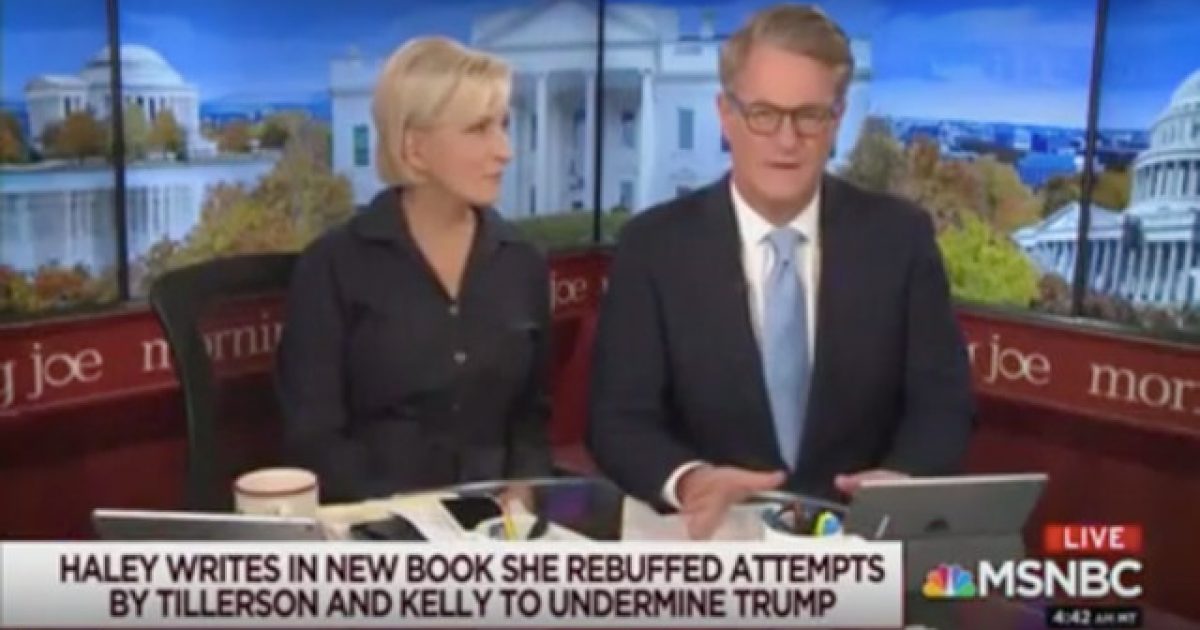 Host of MSNBC’s “The Morning Joe,” Joe Scarborough, said that he personally thinks that President Trump going on a visit to Russia might be disastrous for him, reinforcing the view that “a lot” of Americans hold, namely that Trump is some sort of Russian asset.

Trump spoke with the media on Friday last week where he stated that he was considering attending Russia’s Victory Day, a holiday designed to celebrate the country’s 1945 victory over Nazi Germany. Former Presidents Bill Clinton and George W. Bush have both attended the event during their time in office.

“I’m not saying Donald Trump should go to Russia. I think, though, at some point, the United States needs to recognize, in a very public way, the remarkable sacrifice the Russian people made in the defeat of Hitler, along with all of our other allies,” Scarborough said Monday on his show.

“But I’m just wondering whether Donald Trump can actually be that president,” he continued. “Because of everything that’s preceded it. The fact that there are a lot of people in America who believe that Donald Trump is either an agent of Russia or at least a useful idiot.”

“He is doing the very thing that Vladimir Putin would want a western leader to do more than anything else, and that is to undermine NATO. He could not be doing Putin’s bidding more effectively if he were an active agent of Vladimir Putin and the KGB,” the host said last year about the president.

Although Trump said he was considering the trip to Russia, he also said that going might conflict with campaign season.

“It’s a very big deal, celebrating the end of the war. I appreciate the invitation, it’s right in the middle of the political season,” said President Trump.