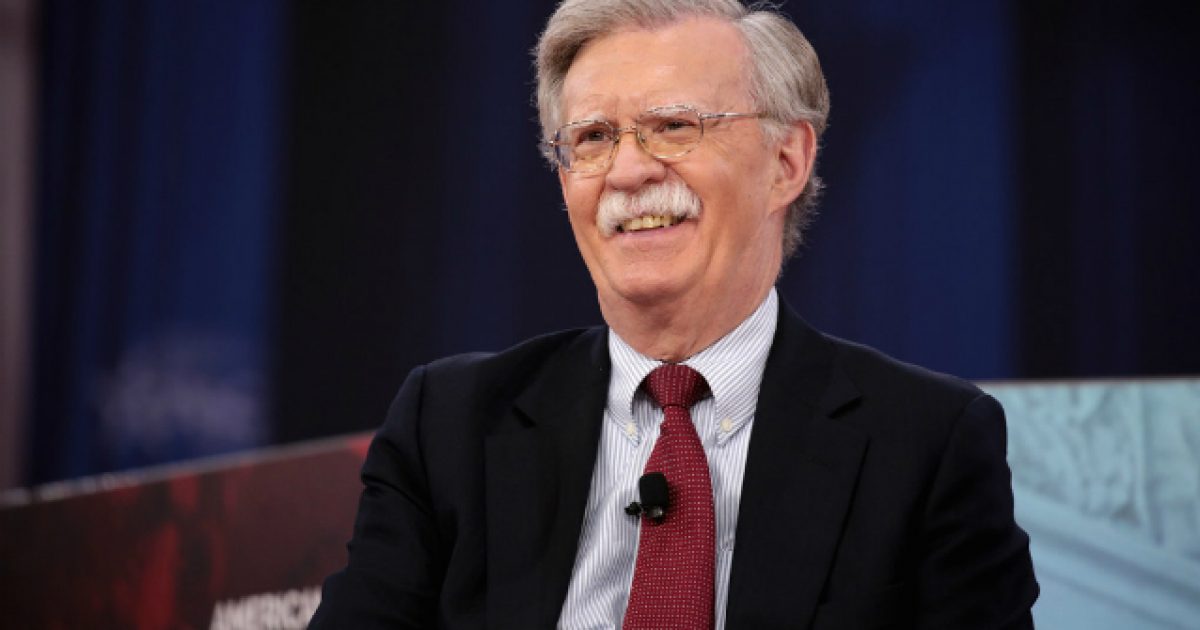 Former national security adviser John Bolton is bursting the bubbles of Democrats all over the country after stating that his testimony during the Senate impeachment trial of President Trump would have made no difference in the overall outcome of things, stating the whole affair was “too partisan.”

Bolton refused to testify in the trial unless the Senate actually subpoenaed him, despite the fact certain leaks from his forthcoming book seemed to indicate the president participated in a quid pro quo with Ukraine.

“People can argue about what I should have said and what I should have done,” Bolton said at an event with Susan Rice, another former national security adviser, at Vanderbilt University on Wednesday, according to the Associated Press. “I would bet you a dollar right here and now, my testimony would have made no difference to the ultimate outcome.”

In addition, he argued that the House “committed impeachment malpractice” and that “the process drove Republicans who might have voted for impeachment away because it was so partisan.”

In leaked copies of Bolton’s draft manuscript, which was sent to the National Security Council for review, he claimed the president told him that military aid to Ukraine would be suspended until the country’s government announced investigations into former Vice President Joe Biden and his son Hunter. Trump denied the claim.

Bolton’s book, The Room Where It Happened: A White House Memoir, is scheduled to be released on March 17.

Bolton is probably right on this one. There’s no way anything he would have said could have convinced Republicans to remove Trump from office. Honestly, the evidence against the president was non-existent and the case was bogus from the start.

Bolton only wrote this book as a means of making money. It seems awfully convenient that the book was “leaked” right during the thick of the trial. This seems more like a marketing ploy to get pre-orders than anything else.