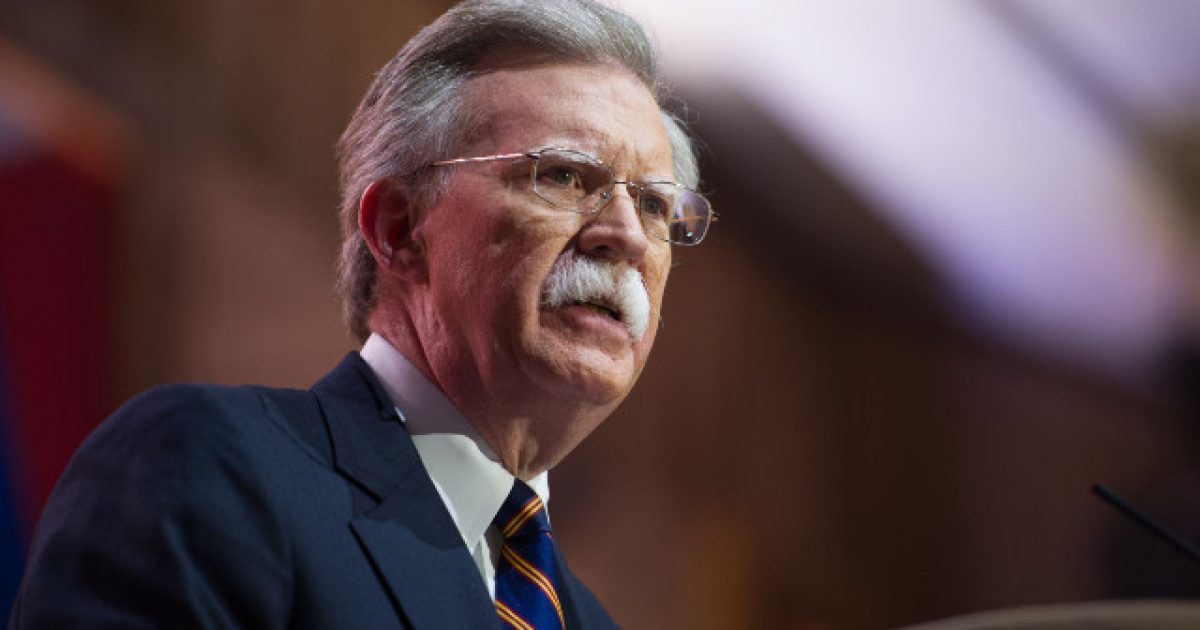 The interview is due to air this coming Sunday evening at 9 p.m. ABC News has begun to hype the event by posting up a picture on social media of Raddatz and Bolton sitting across from each other. Boy, doesn’t that just scream thrills and chills?

Bolton book, clocking in at 592 pages, is called The Room Where It Happened: A White House Memoir, has claimed it will reveal several instances of the president’s “misconduct’ going beyond the Ukraine mess that kicked off an impeachment trial.

Its release has been repeatedly delayed over the past few months amid an extensive prepublication review by the National Security Council after the White House said it contained top-secret information that cannot be published. Bolton plans to publish the book on June 23 over the objections of the White House and copies have already been shipped to warehouses. The Trump administration is expected to file a lawsuit in the coming days seeking an injunction to block the release of the book, according to ABC News.

“The 592-page memoir and exclusive interview will take readers and viewers inside the decision-making process at the Trump White House,” the ABC News press release said. “Bolton will provide a first-hand account of crucial moments including private meetings in the Oval Office, the Putin-Trump summit in Helsinki and the president’s historic meetings with North Korean leader Kim Jong Un. For the first time publicly, Bolton will also present his account of the July 25, 2019 phone call between President Trump and Ukrainian President Volodymyr Zelensky and discuss why he didn’t testify during the president’s impeachment trial.”

It seems fairly likely that Bolton’s book is just a big, fat nothing burger, like most of the stuff that comes out on the shelves in an attempt to try and bust the president for this, that, or the other thing.

None of which he is actually guilty of doing. At least up to this point.

Bolton is probably looking to seize an opportunity to make a little money of Trump. He will, but it won’t be as lucrative of an endeavor as he believes it to be. This is one opportunity that will quickly go the way of the dinosaur.