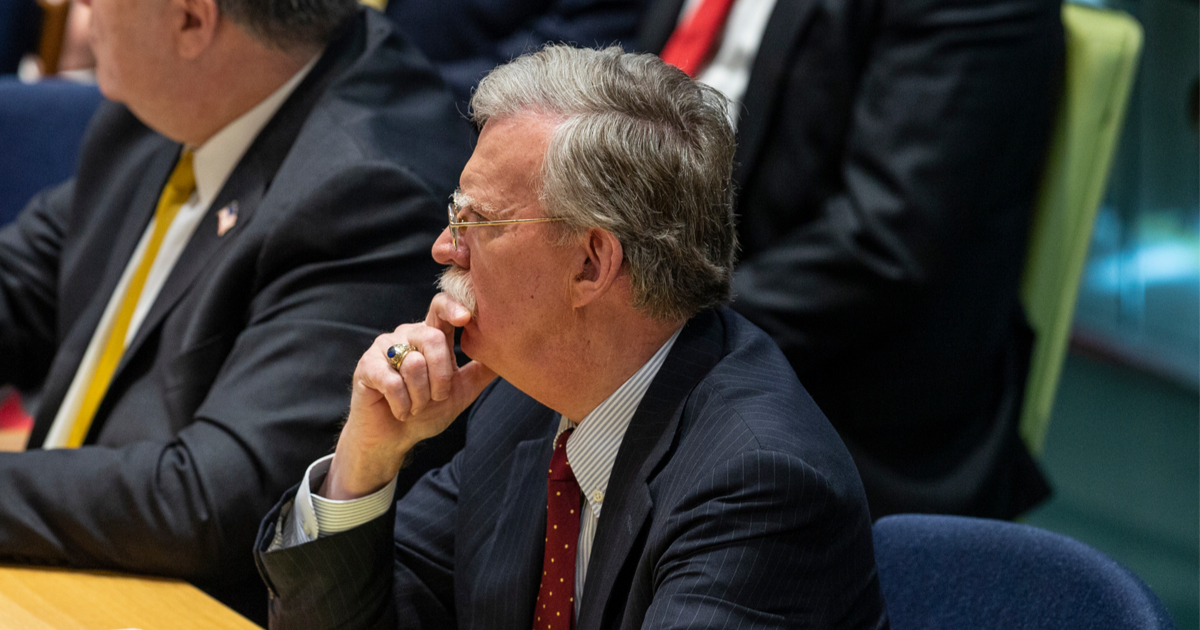 President Donald Trump and his national security adviser John Bolton are reportedly not seeing eye-to-eye on the subject of Iran, but that hasn’t stopped the latter from speaking out publicly against the regime.

Iran has long been critical of Washington DC and America in general.  Their incessant threats against the US, coupled with their covert, violent meddling in the Middle East has put the leadership in Tehran squarely in the crosshairs of potential American military action…something that Donald Trump would like to avoid.

Bolton, on the other hand, has been deemed “hawkish” for war, putting him at odds with the Commander in Chief of the armed forces.

U.S. national security adviser John Bolton said Wednesday that ships sabotaged off the United Arab Emirates coast were attacked “almost certainly by Iran” and warned that the U.S. would strike back if attacked.

The attack against the shipping in Fujairah we attribute it to the IRGC,” said Rear Admiral Michael Gilday, the director of the Joint Staff. He added that the Pentagon attributed limpet mines used in the attack to the IRGC.

Bolton said that the U.S. hasn’t seen any further attacks by the Iranian regime after the Trump administration dispatched an aircraft carrier and B-52 bombers to the Persian Gulf.

“The point is to make it very clear to Iran and its surrogates that these kinds of actions risk a very strong response from the United States,” Bolton said.

Iran is also believed to be responsible for a similarly destructive attack just hours later on a Saudi pipeline, this time using aerial drones in their action.

President Trump has been reticent to send US military personnel into action during his time in the Oval Office, preferring instead to opt for diplomatic routes as he has done with North Korea.

AWKWARD: Biden Tells 10-Year-Old Girl, ‘I Bet You’re As Bright As You Are Good Looking’