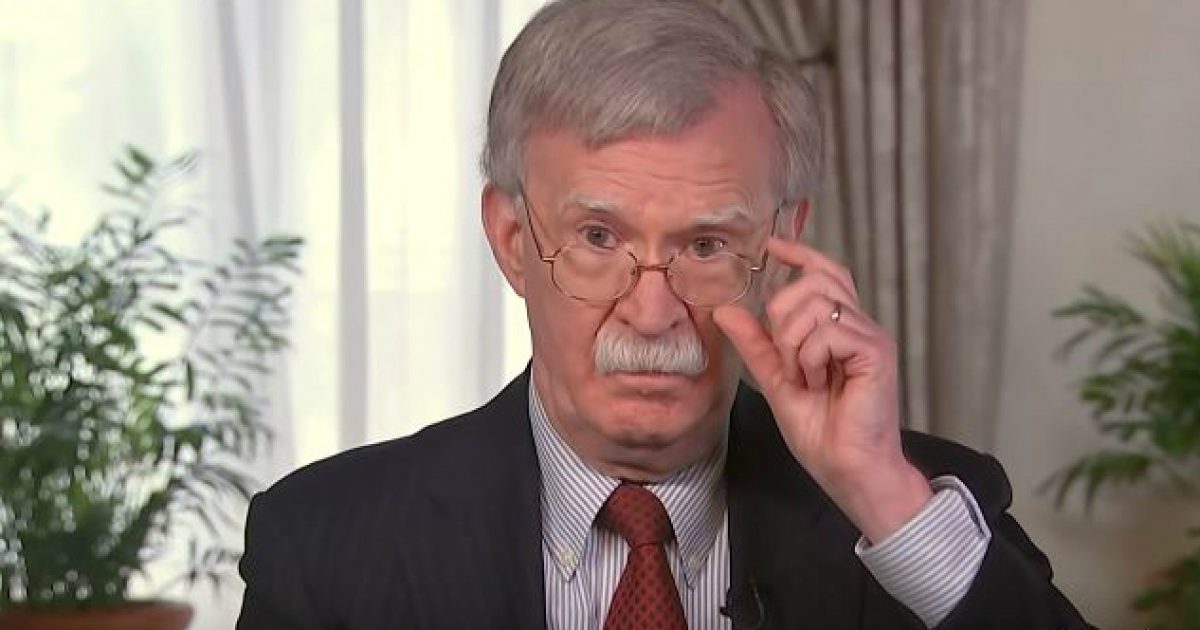 John Bolton, former national security adviser to President Trump, followed in the commander-in-chief’s footsteps by laying the blame for the recent attack on the US Iraq embassy at the feet of Iran, claiming the attack was “straight from Iran’s playbook.”

“The attack on the U.S. embassy in Baghdad is straight from Iran’s playbook in 1979. It’s a sign of Iranian control over Shia militia groups, not a sign of Iraqi anti-Americanism,” Bolton tweeted. “We must protect our citizens from Iranian belligerence.”

The attack on the U.S. embassy in Baghdad is straight from Iran's playbook in 1979. It's a sign of Iranian control over Shia militia groups, not a sign of Iraqi anti-Americanism. We must protect our citizens from Iranian belligerence.

Hundreds of pro-Iranian protesters breached the embassy, setting fire to the compound and smashing windows. While the U.S. ambassador to Iraq was reportedly not present, other American diplomats and embassy staffers took shelter in a fortified safe room inside the facility, according to reports. American security forces used tear gas to try and disperse the protesters.

The protests were in response to the United States carrying out five airstrikes in Iraq and Syria over the weekend on facilities controlled by Kataib Hezbollah, an Iranian-backed militia.

Students of history are probably well acquainted with how four decades ago, Iranian students seized the U.S. embassy located in Tehran and held 50 Americans hostage for a whopping 444 days. What became known as the Iran hostage crisis followed the Iranian Revolution, which is what led to the country being established as an Islamic republic.