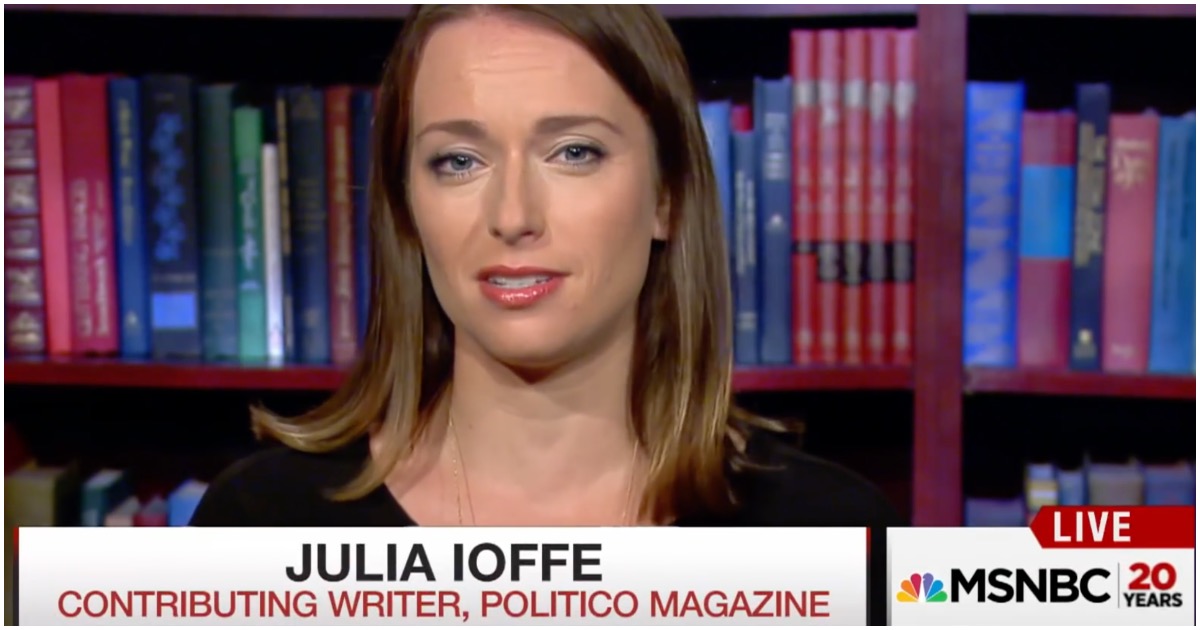 Julia Ioffe was born in Russia to a Russian Jewish family.

She fled the country for America in order to get away from anti-Semitism.

Now, Ioffe is blaming the Trump administration for moving the U.S. embassy to Jerusalem for the massacre that occurred in a Pittsburgh synagogue on Saturday morning.

On Saturday morning, worshippers had gathered at the synagogue, in the Squirrel Hill neighbourhood, for a baby naming ceremony during the Sabbath.

Squirrel Hill has one of the largest Jewish populations in Pennsylvania and this would have been the synagogue’s busiest day of the week.

According to reports Mr Bowers, a white male, entered the building armed with an assault rifle and two pistols.

More on the massacre:

Reports say he barricaded himself in a room at the synagogue when police approached.

Emergency services arrived at the building at about 10:00 local time (14:00 GMT), and gunshots could be heard.

Pittsburgh’s Public Safety Director Wendell Hissrich later confirmed Mr Bowers was in police custody and was being treated in hospital.

The crime scene was “horrific”, he told reporters. “One of the worst I’ve seen, and I’ve [worked] on some plane crashes. It’s very bad,” he added.

‘I’d Like To Be President!’ Hillary to Decide on 2020 Run Very Soon (Details)