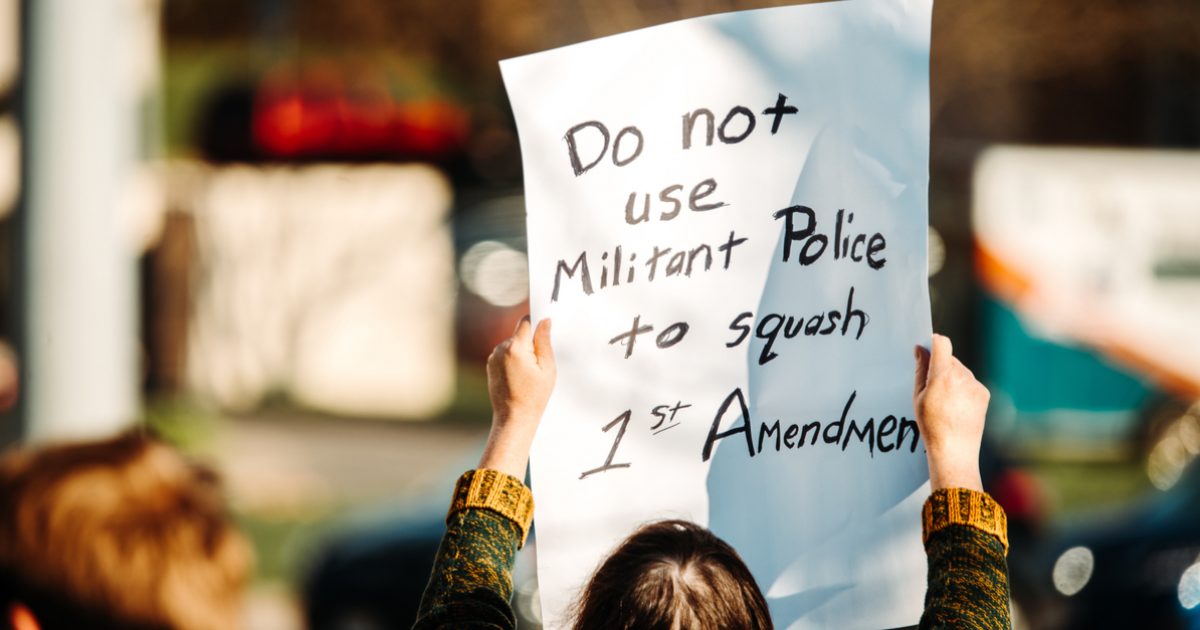 We live in a nation predicated, first and foremost, on the principles of freedom.  The only way to preserve the overarching freedom of the United States is by guaranteeing…you guessed it…even more freedom.  Like the freedom of speech, which allows us to let each other know when things need addressing, politically.

On top of that all important right, we built the freedom of the press, which allows for organized informational freedom to exist.  And while the advent of the infotainment industry has certainly tainted our idea of what journalism is, we mustn’t ever let our guard down when it comes to the restrictions being put on those looking to inform us in earnest.

That’s why the latest news out of Minnesota is so troubling.

Journalists covering a protest in a Minneapolis suburb Friday night were forced on their stomachs by law enforcement, rounded up and were only released after having their face and press credentials photographed.

The incident occurred hours after a judge issued a temporary order barring the Minnesota State Patrol from using physical force or chemical agents against journalists, according to court documents. It also barred police from seizing photographic, audio or video recording equipment, or press passes.

The police defended their actions.

Minnesota State Patrol on Saturday said in a statement, “troopers checked and photographed journalists and their credentials and driver’s licenses at the scene in order to expedite the identification process.”

While some journalists were “detained and released during enforcement actions after providing credentials, no journalists have been arrested,” MSP said.

The incident, while having ended peaceably, should serve as a powerful reminder of just how precious our first amendment truly is.