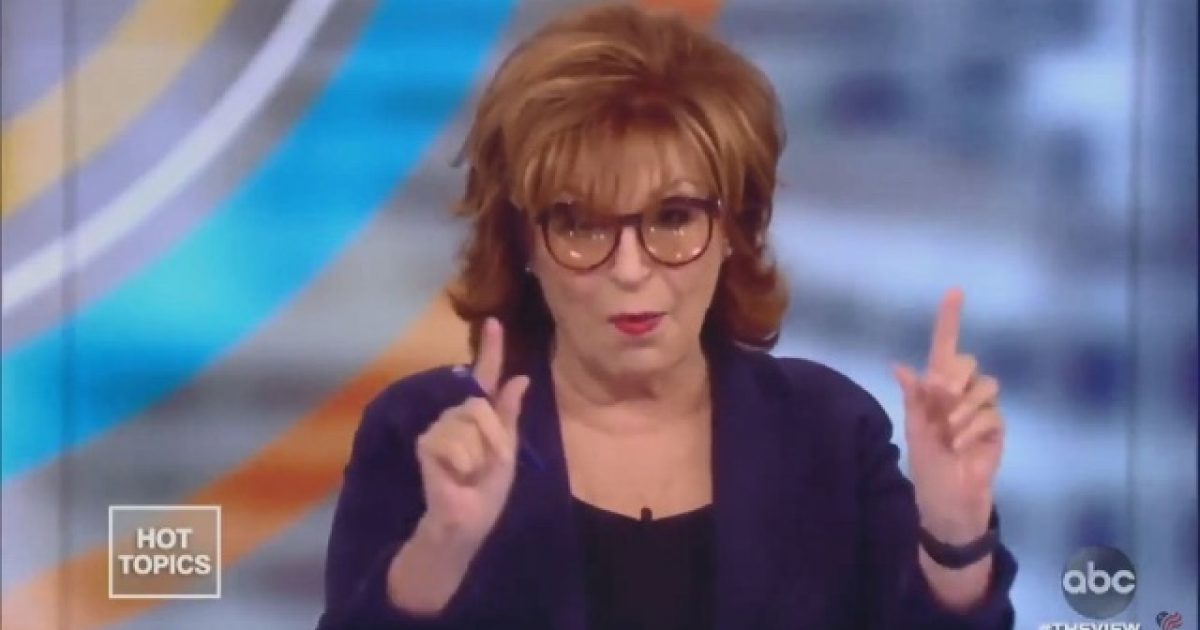 Joy Behar, the cantankerous co-host of majority left-wing show, “The View,” has shot down rumors that she’s about to retire from the show, announcing on the air that she was planning on sticking around for a little bit longer.

I know, I know. I’m always the bearer of bad news. Sorry to dash your hopes, y’all.

Behar spoke about the rumors on Thursday’s program saying, “They’re always talking about my leaving the show, but I’m not, I’m not leaving the show — let me say the rumors of my retirement have been greatly exaggerated. Here’s the thing: What am I going to do? This pandemic has changed the game.”

She went on to add: “Let’s not forget that I provide employment for right-wing media. I mean, I am a job creator over at Breitbart. Everything I say appears on Breitbart. I don’t see, you know, how I could leave.”

Behar was forced to dispel the rumors after Variety ran a piece on Wednesday, which quoted the host saying she may be ready to move on from the show.

“I have a three-year contract,” Behar said in the interview, which will appear in the book Ladies Who Punch: The Explosive Inside Story of ‘The View’ by Variety’s Ramin Setoodeh.

“But that doesn’t mean I can’t leave if I want to, because they can’t really do anything to me at this point. I don’t see myself staying for more [time]. That’s it! I could be wrong. If I’m as fabulous in [2022] as I am now, I’ll think about,” she continued. “But the chances of that happening … you know, time marches on. I’m not a kid.”

And here we thought there might be some sort of chance to get rid of her and end the ridiculous fights she’s constantly getting into with Meghan McCain. Shucks.

As of now, the 77-year-old Behar is the longest-serving host on the show.