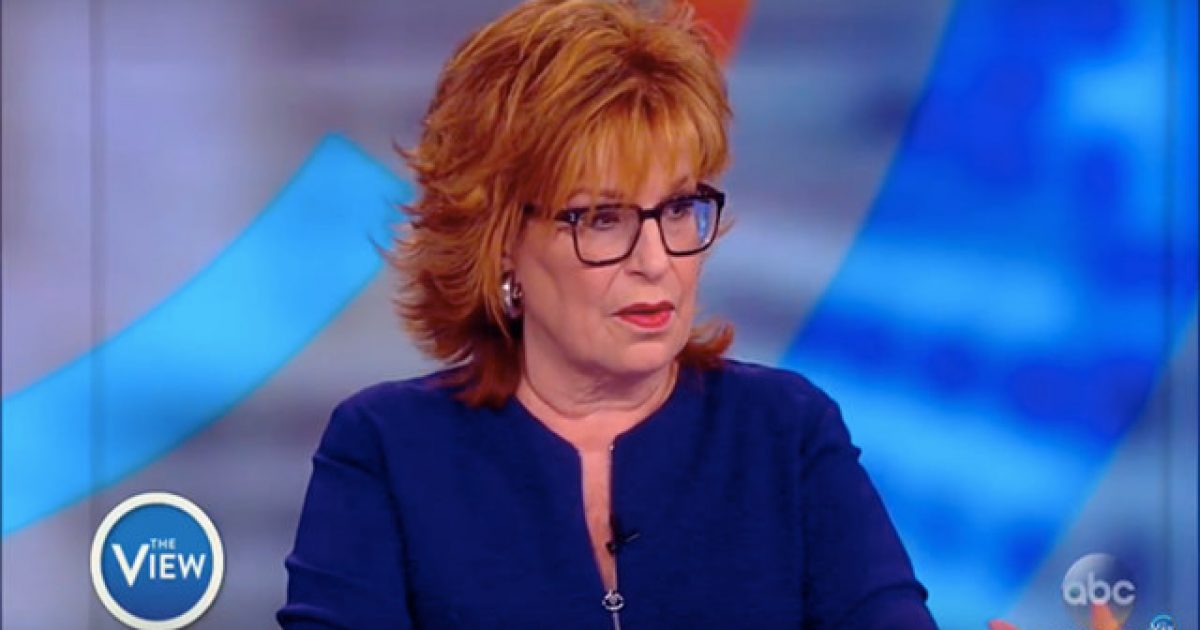 Joy Behar, co-host of “The View,” recently weighed in on the commuted sentence of Alice Johnson, a move made by President Trump after a recent meeting with reality TV superstar Kim Kardashian, stating that he only agreed to help the woman because it would give him access to Kardashian’s social media following.

Kim Kardashian has a super large following thanks in part to her own stardom, but also because she is the wife of legendary rapper — and Trump supporter — Kanye West.

This might be one of the most absurd thing you will probably hear today. Notice the usage of the word “probably,” as the left has ways of surprising you with the true depth of their own nuttiness.

Sara Haines said that Kardashian, who met with the president a week earlier to discuss prison reform and to plead Johnson’s case for clemency, deserved a lot of the credit for bringing it to fruition. She explained, “This is an instance where she used her platform and educated herself, and I say bravo.”

Bear took a much more cynical approach, saying that Trump’s interest in the matter was likely more political than personal.

“Kim also has 112 million followers on Instagram and 60 million on Twitter. So, you know, if he is thinking of running again, he’s got that nice little constituency over there, so that is not a coincidence. … He has motives.”

Meghan McCain turned the conversation back to Kardashian, noting that by meeting with the president she was able to advance the dialogue on her own terms — an opportunity she has accused sports figures of squandering when they refuse to attend White House events in protest.

Why in the world would Trump want to have Kardashian’s followers? He’s the President of the United States and one of the most controversial figures in our nation’s political history. He has plenty of followers just based on his own personality.

The vast majority of Kim’s social media audience is likely liberal and aren’t simply going to jump ship to support Trump over one action, nor will they do so because of the influence of Kardashian herself. So what does he hope to gain by commuting Johnson’s sentence?

It’s time for Behar to hang it up.