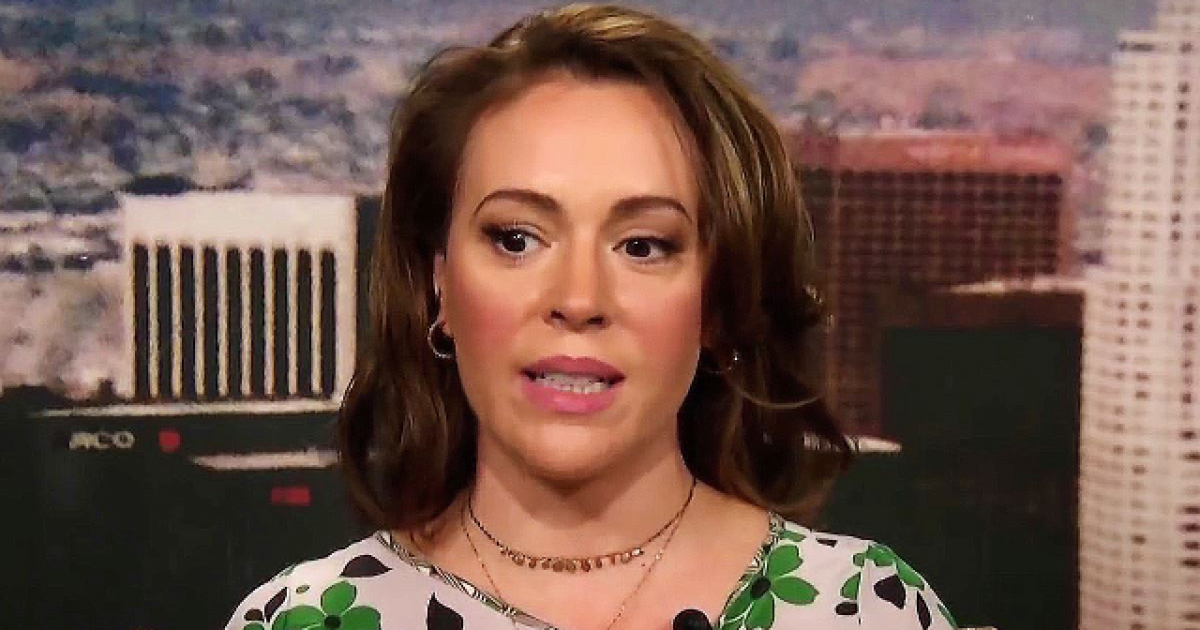 Tuesday night, #MeToo activist and actress who is struggling for relevance, Alyssa Milano, had a taste of what it feels like to have things you said in the past dug up and put out on full display for all people to see.

The tweet in question was a virtual lovefest expressed by Milano for former President Bill Clinton, which is ironic given how many times the man was accused of rape and sexual assault during his time in office. Strangely, all these same vocal proponents of “believing the victim” were nowhere to be found then.

Anyway, Juanita Broaddrick, a Clinton accuser, took Milano to the woodshed over this little gem.

Milano claims to advocate for victims and persistently shames those who have the audacity to question the credibility and veracity of sexual misconduct accusations. The left-wing actress held an “I believe survivors” sign during last week’s Senate Judiciary Committee hearing regarding uncorroborated and vague sexual assault allegations launched against Supreme Court nominee Brett Kavanaugh, for example. And in a recent op-ed for CNN, she labeled Kavanaugh a “sexual predator” and said she believes accuser Christine Blasey Ford, recalling the “unmistakable ring of truth in every word she said” during her testimony.

One person in particular found the gushing Clinton tweet concerning: Juanita Broaddrick, a woman who has long claimed Clinton raped her in a hotel room some 40 years ago. Moreover, Broaddrick claims Mrs. Clinton — another hero of Milano’s — subsequently threatened her to keep her mouth shut about the alleged rape.

Broaddick was widely ignored or ridiculed by Democrats and their counterparts in the mainstream media at the time she came forward with her allegation.

“Could you give us an update on this tweet [Alyssa Milano] REAL victims of Bill Clinton would like to hear from you or will you continue with your double standard bulls***?” inquired Broaddrick on Twitter.

Could you give us an update on this tweet @Alyssa_Milano REAL victims of Bill Clinton would like to hear from you or will you continue with your double standard bullshit? https://t.co/9HU03ie2TI

This will probably not come as a shock to any of our readers, but Milano has remained silent and not responded to Broaddrick or addressed the pro-Clinton tweet.

With the inconsistency of the application of their own principles, it seems the only women who are to be believed when it comes to sexual assault are liberal Democrats.

Gee, it’s almost as if this is somehow all political.

WATCH: Cory Booker Admits It Doesn’t Matter to Him If Kavanaugh Is Innocent or Guilty

WATCH: Trump Labels the Media In a Way No Republican President Has Ever Dared