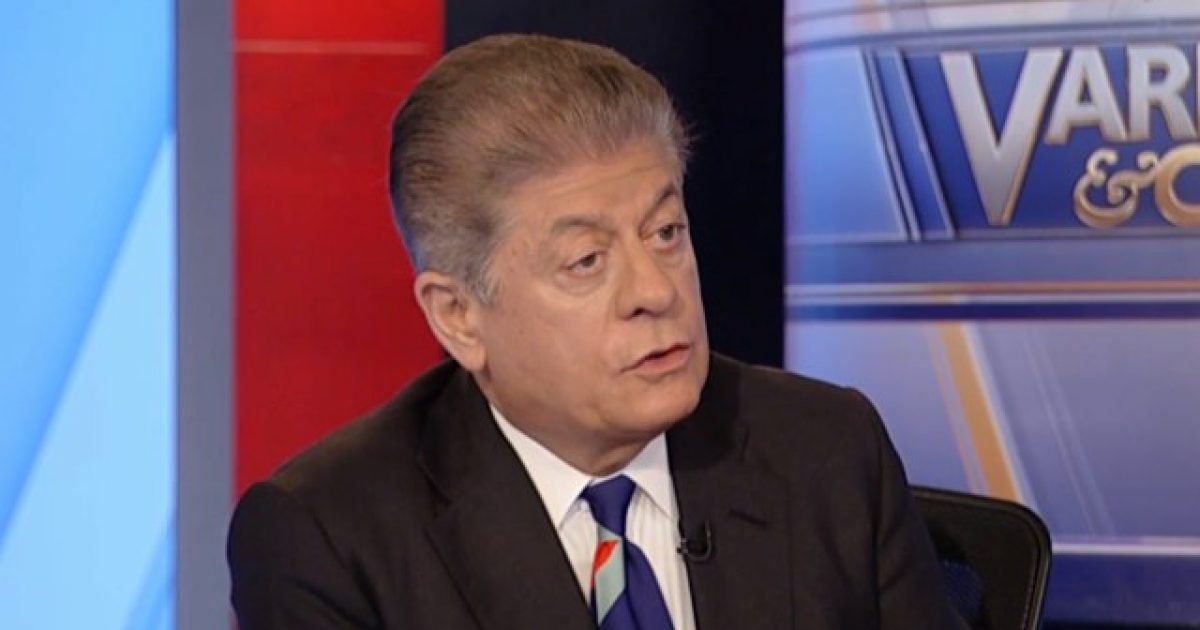 Judge Andrew Napolitano, a legal analyst for Fox News, has come out full force against the social distancing measures being implemented by the governors of New Jersey and Michigan, stating they are a violation of the law and trampling on the civil liberties of individual citizens as protected under the Constitution.

Much of what Napolitano is referring to is the fact that these governors have attempted to curb religious worship services and attempted to prevent the sale of what they deem to be “non-essential” items for sale at stores.

“This is a blatant violation of the Bill of Rights, a blatant violation of freedom of assembly, of your right to purchase a product that you decide is essential,” Napolitano said Thursday of Michigan Gov. Gretchen Whitmer’s new executive order. “These are not decisions for the government to make. These are decisions for individuals to make. And the sooner we take our freedoms back, the less likely the government will be able to continue doing this.”

Napolitano continued: “If we don’t take our freedoms back, they might not come back.”

To some, the statement our liberties might not come back could sound alarmist, but think about something for a moment. When have you ever witnessed the government grabbing massive amounts of power and then surrendering it back to the people? It doesn’t happen.

That being said, it’s critical that we as Americans understand that what these governors are doing could start spreading to other states, thus making the “cure” for the COVID-19 outbreak far worse than the disease.

Fortunately, there are Americans out there who aren’t going to stand for this sort of thing. In Michigan, thousands of people gathered to protest outside of the state capitol building in an event now dubbed “Operation Gridlock,” which gummed up the city streets with protesters in vehicles to share their thoughts and feelings on Gov. Whitmer’s state-at-home order.

Whitmer recently extended the social distancing guidelines to include banning travel between residences and the sale of clothing, garden seeds, and car seets.

“If you’re not buying food or medicine or other essential items, you should not be going to the store,” the governor said.

Whitmer then threatened that the protest, where many participants did not practice social distancing, could lengthen the shutdown.

This is not what America stands for, folks. We need to nip this in the bud as soon as possible. Be prepared to battle for your liberty, folks. And no, that doesn’t mean with physical violence. It means by exercising your God-given right to protest and air grievances.

Also, we have the power of voting, not to mention the possibility that these two individuals could be impeached for violating constitutional rights and usurping authority. There are plenty of ways to fight this, so let’s be ready to do so.