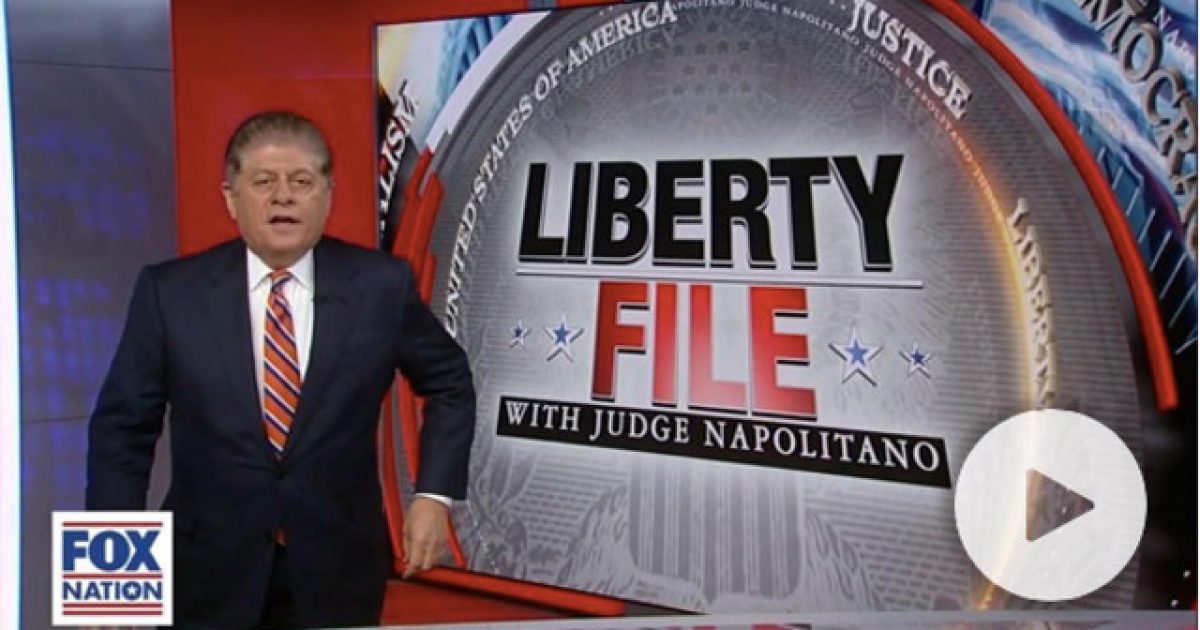 When President Trump announced the decision to pull troops from northern Syria he faced a lot of criticism from both Democrats and Republicans who felt he was abandoning the Kurds in the area, leaving them vulnerable to attack by Turkey and creating a path that could be used by ISIS to rebuild their group.

However, Fox News contributor Judge Andrew Napolitano says Trump did the right thing and upheld the Constitution with his decision.

Earlier this month, Trump decided that 1,000 U.S. troops would be pulled out of northern Syria. The move provided an opportunity for Turkish forces to launch a military assault on the Syrian Kurds in the region, whom the Turkish government considers to the terrorists.

“While it may not be a popular move from both sides of the aisle, with many Republicans and Democrats referring to it as a moral betrayal. The president, legally speaking, was on very solid ground when he pulled back U.S. forces from Syria, of all places,” explained Judge Nap on his show “Liberty Files with Judge Andrew Napolitano.”

“Why? Because Congress never authorized U.S. involvement in the Syrian civil war in the first place,” he continued. “The war powers are clearly articulated in the plain language of the Constitution itself. Congress declares war. The president wages war. Sending American troops to Syria was never authorized by Congress and more so — it’s not even in the best national security interests of the United States.”

On Wednesday, President Trump announced the United States would be lifting sanctions imposed on Turkey that would eventually led to a cease fire agreement being reached.

Judge Napolitano went on to say that Congress should definitely act if they feel a military role is necessary.

“If Congress wanted American troops in Syria, it could declare war on the government there,” Napolitano said. “That would be immoral, unlawful and absurd. But it would at least make American troops’ presence constitutional.

“If the government wishes to remain in the conflict, then the legislative branch must repeal power that it has given away. The authorization for use of military force in 2001 and the authorization in 2002 and the War Powers Resolution, both of which have given past presidents and President Trump leeway to invoke interventions abroad, are profoundly unconstitutional and outdated and open-ended.”

Report: Rumors Heating Up That Hillary Clinton Will Enter 2020 Race At the Last Minute