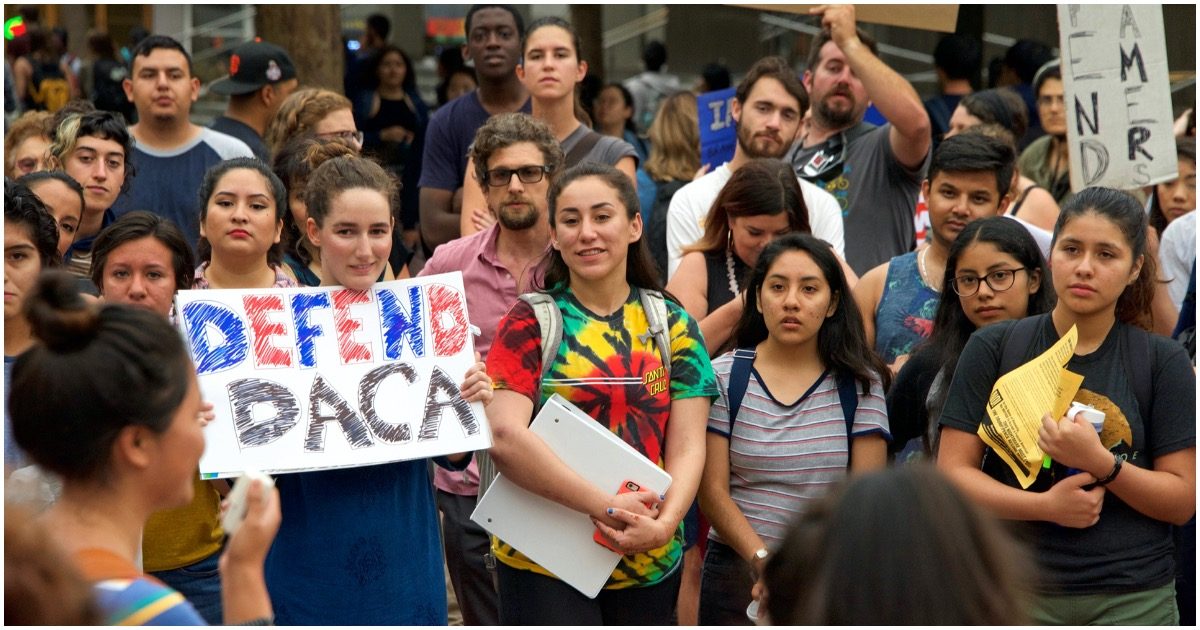 The Trump Administration can still appeal this decision. The problem is that even if they were to win (but Trump only serves one term), you-know-who would take over on January 20.

In Brooklyn, New York, a federal judge on Friday ordered the Trump administration to fully reinstate the Deferred Action for Childhood Arrivals (DACA) program, opening the door for potentially hundreds of thousands of unlawfully present immigrants to apply for the protection.

President Barack Obama used his executive powers to introduce DACA in 2012 to shield some individuals who entered the United States illegally as children from deportation if they met certain conditions. The Trump administration moved to end the program in 2017 and stopped accepting applications. Friday’s directive restores the enrollment process and returns DACA back to its original form.

Here’s what a DACA-recipient has to say…

We say out loud, we say it clear: DACA IS THE FLOOR, NOT THE CEILING.

We demand Abolishment of ICE and CBP.

We demand Moratorium on deportations

We demand BOLD Admin actions that protect people from deportation.

Most of the times you will not see these types of pics when talking about #DACA, but believe that immigration is a #Black issue too! On Monday, the govt must announce it is currently accepting first-time applications, renewal requests, and advance parole. pic.twitter.com/vgqaVL1QkO

Trump tweeted this back in the summer…

As President of the United States, I am asking for a legal solution on DACA, not a political one, consistent with the rule of law. The Supreme Court is not willing to give us one, so now we have to start this process all over again.

Lefties Elated That Rudy Giuliani Is COVID-19 Positive: ‘No One Deserves It More’