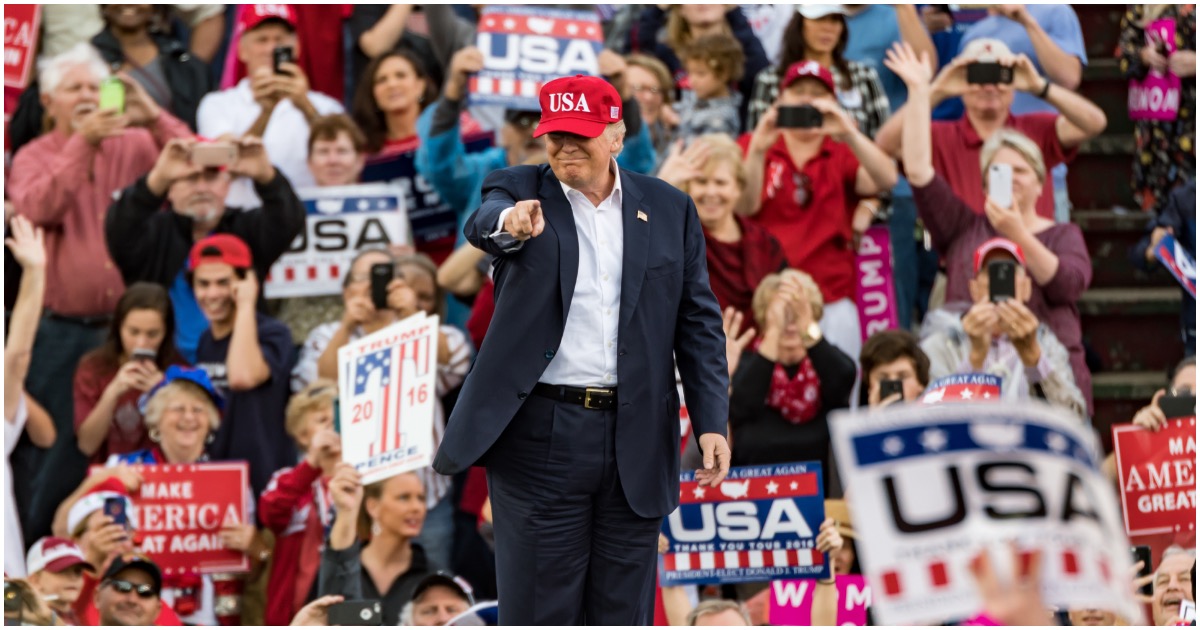 The economy continues to chug along at a healthy clip under President Trump’s leadership.

In June, things only got better.

Experts predicted 165,000 jobs would be added. They were wrong.

Get All The TOP Trending Political News @ TrendingPolitics.com

The US economy added 224,000 jobs in June, a strong comeback from May

“So if there was any question whether or not May was a fluke or not I think we can say it definitely was a fluke,” reports @AlisonKosik.

The US economy added 224,000 jobs in June, a strong comeback from May.

"So if there was any question whether or not May was a fluke or not I think we can say it definitely was a fluke," reports @AlisonKosik. https://t.co/u0nnJH5h0x pic.twitter.com/M5hK7NzCl8

AOC Claims DC Parade Was ‘Poorly Attended,’ Then Twitter Quickly Reminds Her How Wrong She Is

The mainstream media in America has become infamous for rejecting any sort of objective standard of ethics when it comes to their news coverage, opting instead to be a propaganda arm for the Democratic Party and the progressive movement as a whole. For a lot of folks, such a statement probably seems like a tinfoil hat kind of theory, a ridiculous claim that surely only exists on the fringes of our civilized, modern society. These individuals would be dead wrong. A new survey has revealed that 55 percent of those surveyed believe that the media is corrupt and that they exaggerate news stories to fit a specific agenda or talking point. Here’s more from The Washington Examiner: According to a survey done for SeniorList, a medical device firm focused on older Americans, 55% of Americans believe that the media is “corrupt.” https://twitter.com/SenMcSallyAZ/status/1218380597678288899 In addition, many, especially Republicans, believe that the media exaggerates stories while some Democrats believe reporters minimize issues, a sign that the political polarization in media has deepened. “Republicans were much more likely than Democrats to think the media overblow issues on a large scale, indicating a more conservative trend of questioning the mainstream media,” said the survey analysis, citing Russian interference in elections, the treatment of illegal immigrants at the border, and racism. “The repetitive programming on networks and websites and the emphasis of the media to pump the news cycle with the same stories can create burnout, causing many to question the overall quality of the news,” said the survey analysis. The survey concluded that the answer to all of this is to get your news from sources and check facts out for yourself. It also suggested readers learn to be aware of the bias in modern reporting and to read up on which websites have…

President Trump is clearly getting fed up with all of the impeachment nonsense that is going on right now, a sentiment he made rather clear when he opted to take House Intelligence Committee Chairman Adam Schiff and other House impeachment managers to task, calling them “sleazebags” and stating that he would “love” to attend the Senate trial. Here’s more on this from Fox News: In the hastily called press event before Trump was to return to Washington, the president delivered an unsparing assessment of impeachment proceedings, which moved into full swing a day earlier and will resume later Wednesday with opening arguments. While making clear he’s reluctant to approve any new witnesses to testify, he floated — perhaps playfully — the idea of personally attending the trial, if only to antagonize the Democrats. “I’d love to go, wouldn’t that be great?” he said when asked whether he would attend. “Sit right in the front row and stare at their corrupt faces, and I’d love to do it.” The president joked that the press should not keep talking about his possible attendance or “you may convince me to do it.” Trump lit into Jerry Nadler, lead manager and House Judiciary Committee Chairman, by saying, “First of all, Jerrold Nadler, I’ve known him a long time, he’s a sleazebag. Everybody knows that.” The president continued, “I watched the lies from Adam Schiff. He’s a liar and he’s a fraud. These are major sleazebags. It’s a total hoax. It’s a disgrace. They talked about their tremendous case and it’s all done. They had no case…it’s a con-job.” President Trump is definitely not one to hold back his truth thoughts on a subject, which is refreshing given we live in a day and age surrounded by political correctness where people don’t really say what…

The mainstream media in America has become infamous for rejecting any sort of objective standard of ethics when it comes...

Democratic presidential candidate Rep. Tulsi Gabbard is quickly proving that while she is most assuredly on the left politically, she’s...

President Trump is clearly getting fed up with all of the impeachment nonsense that is going on right now, a...