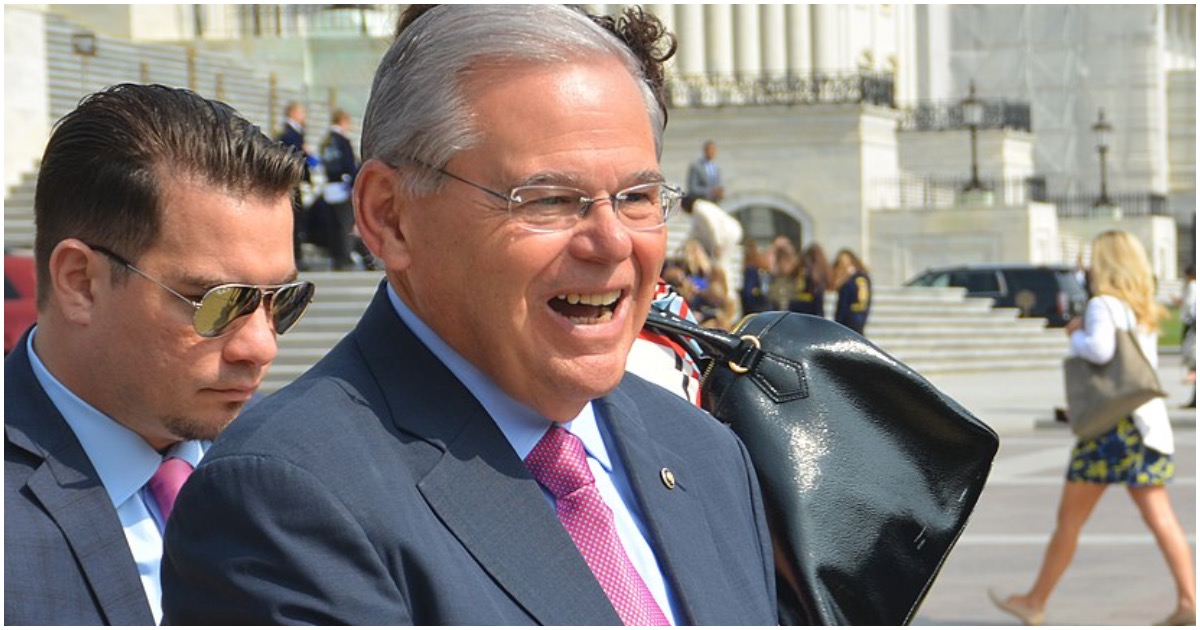 New Jersey Democrat Senator Bob Menendez was re-elected Monday night to another six-year term despite a plethora of negative issues.

What’s crazy is that a juror from Bob’s corruption trial attended his victory party.

“Arroyo-Maultsby became slightly famous when she left the jury during deliberations to go on vacation – arrangements she made with U.S. District Judge William H. Walls, along with defense lawyers and prosecutors,” Fallon wrote. “Arroyo-Maultsby wore a Menendez T-shirt on Tuesday night that she received at a rally last month.”

Hillary Clinton is a self-described feminist.

Yet, she has campaigned for Menendez “who was nearly convicted of corruption and who has long been dogged by allegations of sexual impropriety.”

On the mistrial, per Reuters: