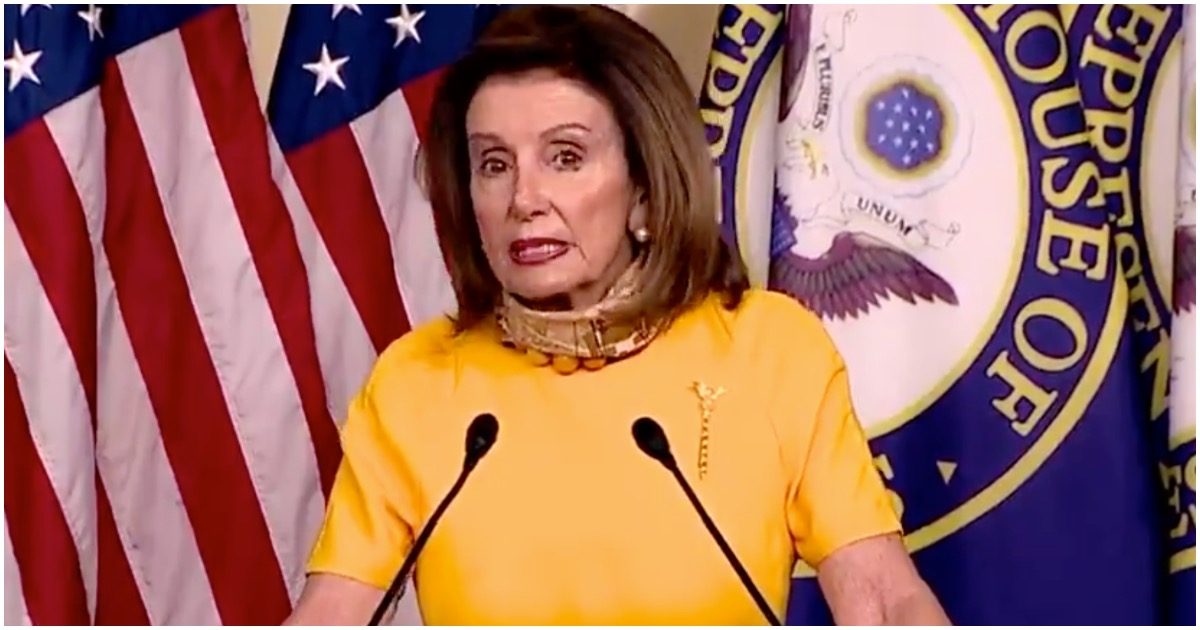 After President Trump told the nation that he had been taking hydroxychloroquine as a preventative measure, poor Speaker Nancy Pelosi (D-CA) said he shouldn’t be doing it because he’s “morbidly obese.”

She absolutely said it. She was 1000% taking about POTUS.

And yet, less than 72 hours later, Nancy is attempting to change the story.

Speaker of the House Nancy Pelosi (D-CA) blasted President Donald Trump as a “weak leader” on Fox News Sunday, claiming the Trump administration’s response to the coronavirus pandemic has been a “failure” — though she was unable to concoct an adequate on-the-fly response as to why she was still encouraging Californians to take part in holiday festivities in San Francisco even as travel and social distancing restrictions were in place.

Pelosi has been desperate to reclaim the high ground this week after meeting with a landslide of criticism for blocking an additional $250 billion in funding for small businesses, designed to replenish the $350 billion Paycheck Protection Program, a forgivable loan program that ran out of money in just two weeks.

She’s also had difficult recovering from a series of television appearances defending the Democrats’ decision to block the funding, two of which took place in front of Pelosi’s pair of $10,000 SubZero refrigerators in her San Francisco mansion.