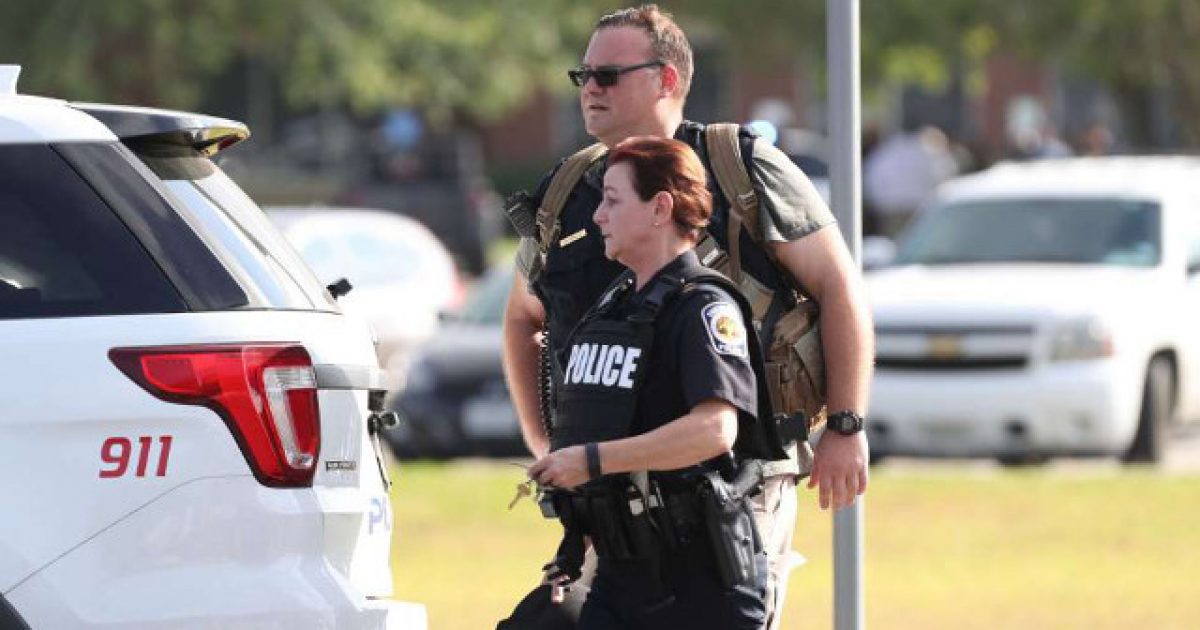 A shooting is being reported at a Santa Fe High School which according to authorities, has left “multiple fatalities.”

A law enforcement source confirmed that the shooter was male, but did not provide any further information about his identity. The shooter was captured alive and is now in custody.

Several other students as well as an officer was injured in the shooting.

Joe Gamaldi with the Houston Police Officers Union tweeted, “Please keep the officers in your prayers as one officer is being life flighted to the hospital.”

The shooting broke out about 8:10 a.m. and the school was placed was on lockdown.

Galveston County Sheriff’s Maj. Douglas Hudson confirmed to the Associated Press that units are responding to reports of shots fired but had no immediate details.

This is becoming a serious problem in our country, but contrary to what the left will say, this is not because of the Second Amendment nor does it have anything to do with guns.

We have a cultural problem with our youth today. The destruction of the traditional family unit — a goal the left has worked tirelessly to accomplish for decades now — along with the intolerance and cruelty that is rampant on social media has created an environment of hostility that breeds troubled kids who carry out these horrific acts.

If we don’t start addressing the real problem, nothing will ever change.

Trump Weighs in on ‘Yanny vs. Laurel’ Debate and it’s Hilarious