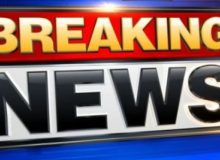 Remember the guy who brazenly told protesters to “go into the Capitol” before the Jan. 6, 2021, incursion?

The Justice Department is preparing to release a “disclosure” on him, according to Politico.

The man seen in videos egging on conservative demonstrators to trespass at the Capitol the night before the riot was identified a week later as Ray Epps of Queen Creek, Arizona.

Epps told The Arizona Republic that he had traveled to Washington for then-President Donald Trump’s rally that day but said he had been advised by an attorney not to speak about what took place.

Republican Rep. Thomas Massie of Kentucky and Texas Sen. Ted Cruz are among those who have raised questions about Epps and why he wasn’t prosecuted for his actions that day like so many others were.

I just played this video for AG Merrick Garland. He refused to comment on how many agents or assets of the federal government were present in the crowd on Jan 5th and 6th and how many entered the Capitol. pic.twitter.com/lvd9n4mMHK

A federal prosecutor said Tuesday during court proceedings that the Department of Justice soon will release a new disclosure on Epps, Politico reported.

“What I can … tell the court is that the U.S. Attorney’s Office has been working on a disclosure pertaining to Mr. Epps,” Assistant U.S. Attorney Karen Rochlin said during a hearing in one of the Jan. 6 cases.

Rochlin said the information on Epps would be provided to defense attorneys in “give or take, another week or two.”

The disclosure follows numerous inquiries into Epps’ connection with the federal government from defense attorneys for Capitol defendants.

A lawyer for Jan. 6 defendant Paul Johnson said she considers information regarding Epps crucial to her client’s defense, Politico reported.

“That information … is extremely important in the preparation of our defense,” attorney Kobie Flowers said during the Tuesday video conference.

Epps’ suspicious and provocative behavior before the events of Jan. 6 led some to speculate that the Arizona man was potentially a federal agent or informant seeking to incite criminal behavior.

The man, who served as the president of an Oath Keepers group before the riot, told the partisan House committee investigating the Capitol incursion that he was merely a protest attendee unconnected to law enforcement, the panel announced on Jan. 11.

Epps has never been arrested or charged with any crimes despite his early involvement in urging demonstrators to storm the Capitol.

His name appeared on the FBI’s Most Wanted List after the riot, but any mention of the Marine Corps veteran was later removed from the agency’s website.

While the panel said Epps claimed no connection to law enforcement during his closed Jan. 6 committee testimony, it’s not clear to what extent he has cooperated with federal investigators since the riot.

An FBI official declined to answer questions from Cruz and others about the involvement of informants or Epps during an open hearing in January.