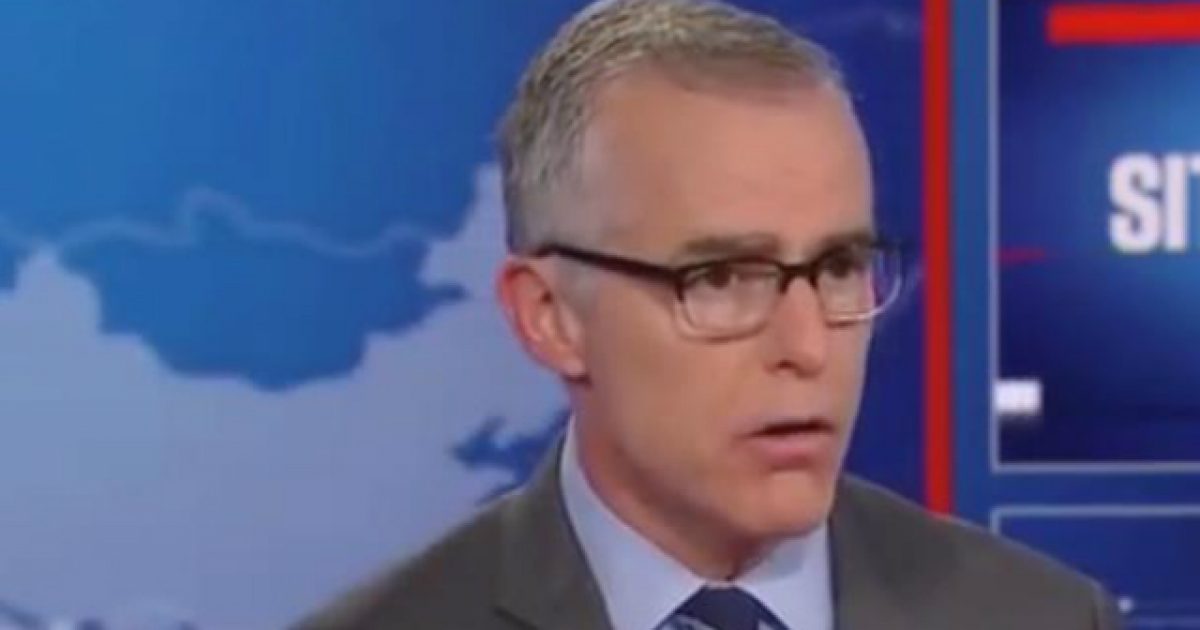 The Justice Department released a statement saying they were declining to pursue criminal charges against former FBI Deputy Director Andrew McCage after he was accused of lying to investigators concerning his authorizing media disclosures.

Attorneys for McCabe said the DOJ informed them that the case had officially been closed.

“That means that no charges will be brought against him based on the facts underlying the Office of the Inspector General’s April 2018 report,” Michael Bromwich and David Schertler said in a statement. “At long last, justice has been done in this matter. We said at the outset of the criminal investigation almost two years ago that if the facts and the law determined the result, no charges would be brought. We are pleased that Andrew McCabe and his family can go on with their lives without this cloud hanging over them.”

“We write to inform you that, after careful consideration, the government has decided not to pursue criminal charges against your client, Andrew G. McCabe, arising from the referral by the Office of Inspector General,” prosecutors said. “Based on the totality of circumstances and all of the information known to the government at this time, we consider the matter closed.”

This just goes to show you how corrupt the Justice Department has become in recent years. Not only did the FBI spy on President Trump, but they also offered assistance to put together a plot to impeach him. And then there’s the Russia probe to consider as well.

What’s really sad is that people who need to be held accountable for deplorable actions continue to get off the hook with no consequences, while those who are on Trump’s side continually get attacked and have the book thrown at them. There’s no balance to our justice system it seems.