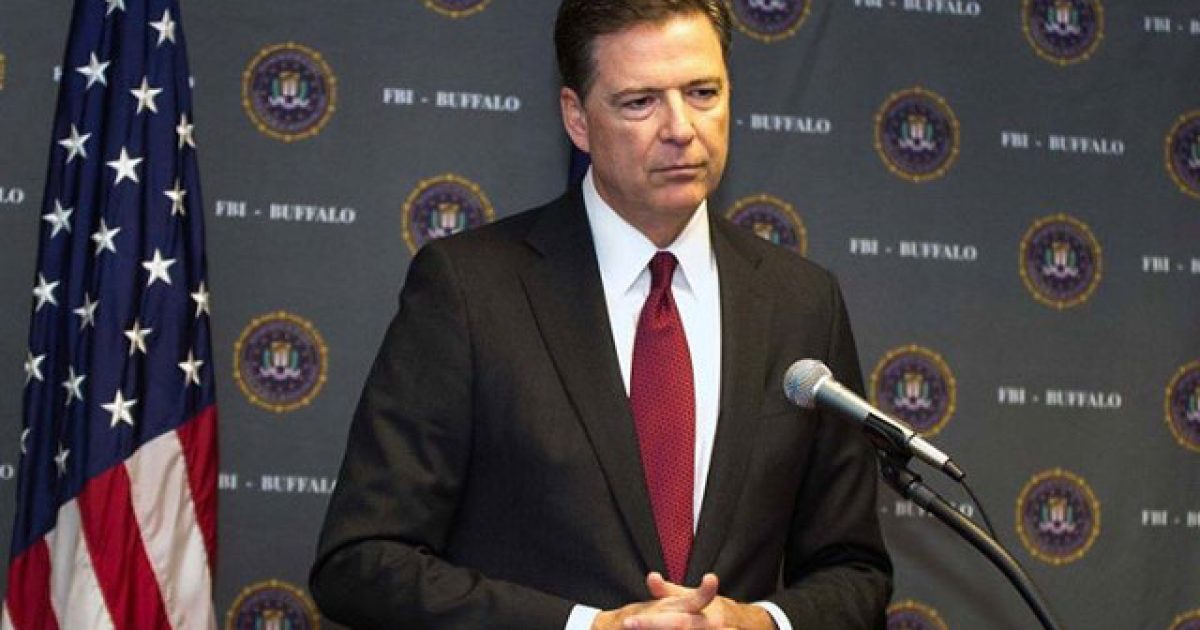 When it comes to the investigation into possible Russia collusion concerning President Trump’s 2016 campaign, there’s a lot of unanswered questions, especially when it comes to the folks who were deadset on pushing this narrative in the media and tarnishing the president’s reputation.

One of those questions has to do with why former FBI Director James Comey was privately telling Trump that he was not the subject of an ongoing probe, while also refusing to say that same thing out in public.

That refusal is what sparked Comey’s termination from the FBI, the appointment of Special Counsel Robert Mueller, and the whole charge that the president obstructed justice.

Well, it seems there might be an answer emerging from the shadows, thanks to a Justice Department watchdog.

Now an answer is emerging. Sources tell RealClearInvestigations that Justice Department Inspector General Michael Horowitz will soon file a report with evidence indicating that Comey was misleading the president. Even as he repeatedly assured Trump that he was not a target, the former director was secretly trying to build a conspiracy case against the president, while at times acting as an investigative agent.

Two U.S. officials briefed on the inspector general’s investigation of possible FBI misconduct said Comey was essentially “running a covert operation against” the president, starting with a private “defensive briefing” he gave Trump just weeks before his inauguration. They said Horowitz has examined high-level FBI text messages and other communications indicating Comey was actually conducting a “counterintelligence assessment” of Trump during that January 2017 meeting in New York.

Along with the addition of notes of his meetings and the phone calls he conducted with Trump to the official FBI case file, Comey also had an agent at the White House that reported to FBI headquarters with information about the president and the aides who worked for his administration.

While Comey was taking a lot of action on his own, he wasn’t working this case alone. In January of 2017, Comey gave the president-elect a briefing in New York concerning some material that was contained within the dossier put together by ex-British intelligence officer Christopher Steele.

The reports of that meeting were then reported on by Buzzfeed, CNN, and other mainstream media outlets as a means of pushing many of the unsubstantiated claims made in the dossier.

That’s just the tip of the iceberg. Do your due diligence and you’ll see the great lengths that Comey went to in order to come after Trump.

The big question on everyone’s mind is why in the world he would be so set against Trump? What was it about the man that made Comey feel threatened? There had to be something.

The FBI was investigating Trump’s campaign “in hope of making a case on him,” McCarthy said. “That is why Comey told Trump only about the salacious allegation involving prostitutes in a Moscow hotel; he did not tell the president-elect either that the main thrust of the dossier was Trump’s purported espionage conspiracy with the Kremlin, nor that the FBI had gone to the [FISA court] to get surveillance warrants based on the dossier.”

If folks aren’t concerned by the kind of behavior being exhibited by the left during this whole fiasco, then you’re not understanding what these folks are actually up to.

They want to subvert our nation and destroy the values we hold dear. This is why we fight so diligently.