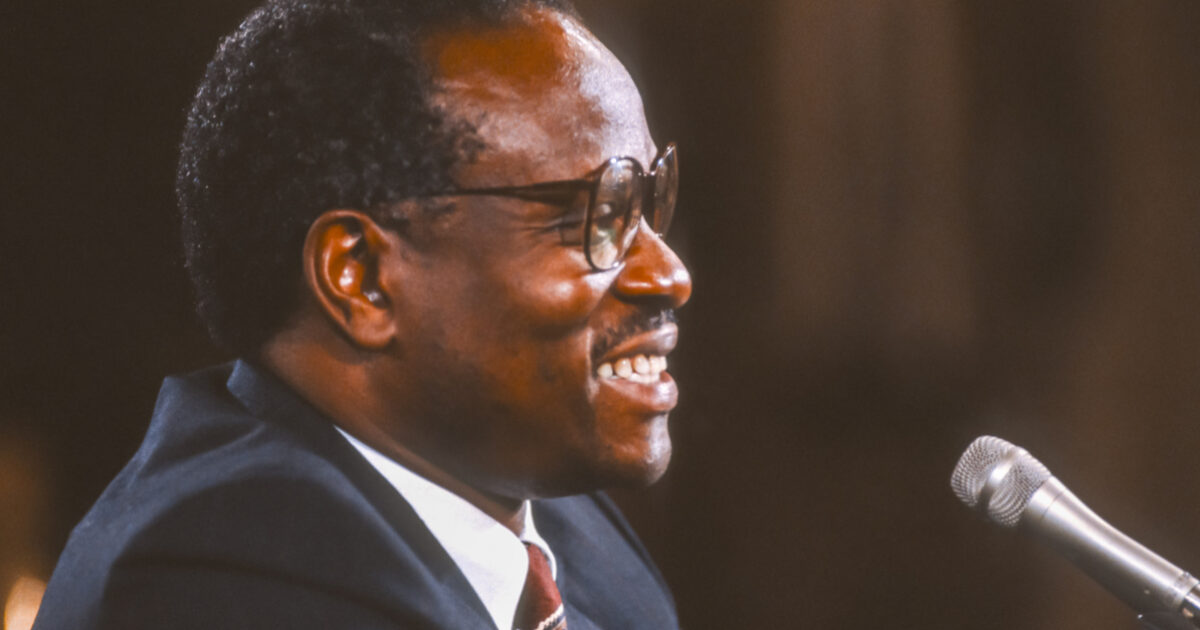 For decades, our national stance toward drugs has been concrete:  Just say no.  But now, as research continues to shed light on certain aspects of a few of these substances, opinions around the nation are changing…including at the highest court in the land.

Marijuana is, of course, the most legal of our federally illegal drugs, with more than half the states in the nation allowing for some form of reprieve from pot prohibition.   In recent years, a renewed push for federal legalization has been growing, and now seems to have an unexpected ally in Clarence Thomas.

Clarence Thomas, one of the Supreme Court’s most conservative justices, said Monday that because of the hodgepodge of federal policies on marijuana, federal laws against its use or cultivation may no longer make sense.

“A prohibition on interstate use or cultivation of marijuana may no longer be necessary or proper to support the federal government’s piecemeal approach,” he wrote.

His views came as the court declined to hear the appeal of a Colorado medical marijuana dispensary that was denied federal tax breaks that other businesses are allowed.

The longtime justice did not mince his words.

Thomas said the Supreme Court’s ruling in 2005 upholding federal laws making marijuana possession illegal may now be out of date.

“Federal policies of the past 16 years have greatly undermined its reasoning,” he said. “The federal government’s current approach is a half-in, half-out regime that simultaneously tolerates and forbids local use of marijuana.”

President Joe Biden has not shown a favorable stance toward marijuana legalization, however, and even went so far as to require White House staffers to reveal their use of the substance, both past and present, with several losing their employment over their answers.