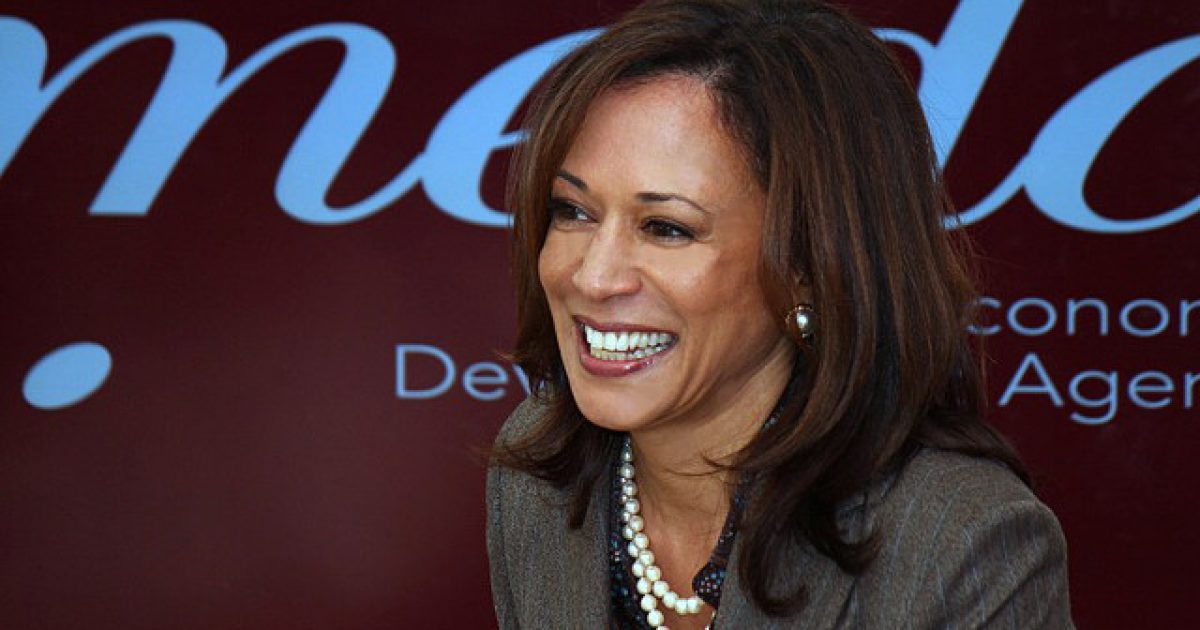 Sen. Kamala Harris is none too happy about the news of Supreme Court Justice Anthony Kennedy retiring, as her Chicken Little response makes abundantly clear.

Yes, for Harris it seems the end of Kennedy’s tenure on the bench is the ultimate crisis to hit America since the nation’s founding, proclaiming with all of the melodrama she could possibly muster that the next SCOTUS pick could be the “destruction of the Constitution of the United States.”

Now she suddenly cares about the Constitution? Yeah, right.

Sen. Harris’s claim that one of Trump’s judicial nominees “refused to agree that Brown v. Board of Education is settled law” is an inaccurate characterization of judicial nominee Wendy Vitter’s confirmation hearing in April.

Vitter, the nominee for the Eastern District of Louisiana, in a manner not unusual for judicial nominees, declined to provide her personal views on Supreme Court precedent during her confirmation hearing. That meant that she declined to comment on Brown v. Board of Education, Roe v. Wade, and other cases decided by the Supreme Court.

However, when asked if there were any cases that she could say “were correctly decided by the United States Supreme Court,” Vitter clearly praised the reasoning behind Brown v. Board of Education as “the right decision.”

We've already seen the President's list of potential SCOTUS nominees. They are complete non-starters. The American people deserve a Supreme Court justice who will fight to protect their rights, not conservative ideologues. #ditchthelist

Perhaps now would be an excellent time for Sen. Harris to switch to decaf, because it’s quite clear she’s just a little too wound up over all of this, wouldn’t you agree?

Then again, seeing as how it’s possible that a super pro-life judge could be put on the bench and Roe v. Wade potentially overturned, maybe it’s logical for her to be worried since that could mean the right to murder the unborn is stripped away from her constituents and that spells disaster for her political aspirations?

Regardless, if she’s going to suddenly be concerned about the Constitution then she needs to actually read it and understand what it’s saying.

CNN’s Jim Acosta just got his rear end handed to him on Twitter…and you won’t believe by who!