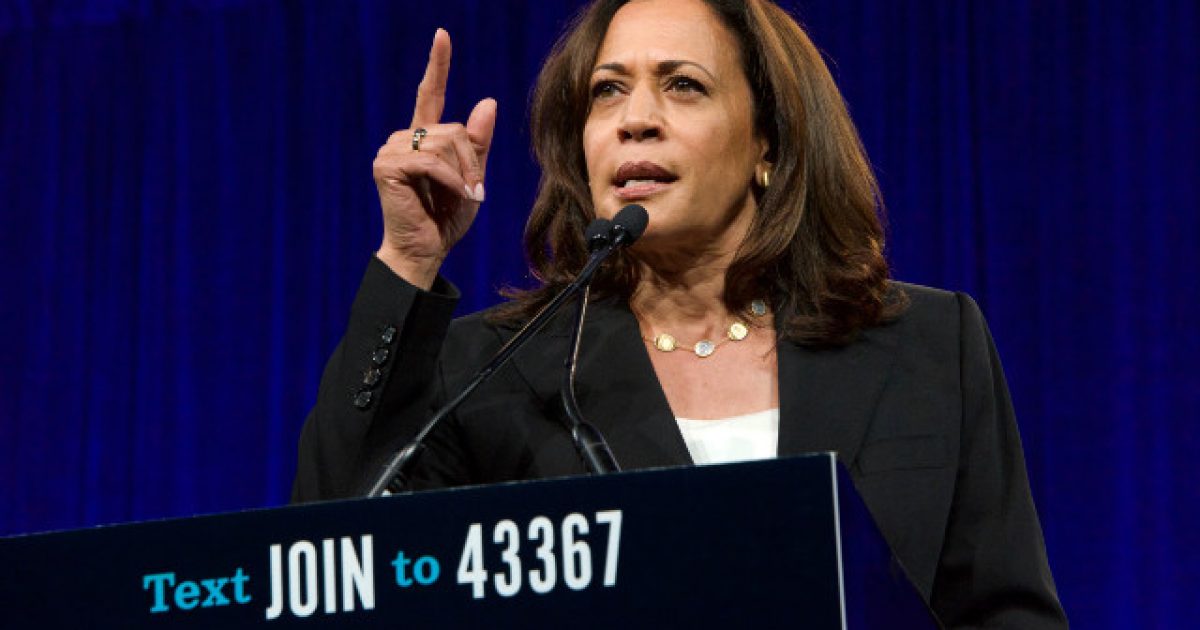 Democratic vice presidential nominee Sen. Kamala Harris delivered remarks at the Democratic National Convention and had the audacity to make the far-fetched claim that if Joe Biden becomes president, he’ll “end this pandemic.”

This, of course, is a reference to the coronavirus pandemic that is still ravaging the United States and other countries around the world.

Of course, what Harris doesn’t tell you in her speech is that Biden’s plan for getting rid of the virus means the total collapse of our national economy and the stripping away of our liberty, but hey, that’s a small price to pay for security right?

“Joe will bring us together to end this pandemic and make sure that we are prepared for the next one,” Harris said Wednesday during her speech at the Democratic National Convention (DNC), during which she accepted the party’s nomination.

Harris’s claim mirrors Biden, who has said he’ll cure cancer and other maladies. “We’re gonna’ invest billions of dollars to find, and I promise you, cures for cancer, Alzheimer’s, and diabetes,” he said after winning big in Super Tuesday’s primaries.

Harris, along with other speakers at the convention, also blasted Trump’s handling of COVID-19. “Donald Trump’s failure of leadership has cost lives and livelihoods,” she said.

Later on, Harris stated that racism is a “virus” that “has no eyes, and yet it knows exactly how we see each other — and how we treat each other. And let’s be clear — there is no vaccine for racism. We’ve gotta do the work.”

We know one of the things Biden plans to do if he wins the 2020 election to fight coronavirus is put a nationwide mask mandate in place and require them to be worn outdoors, which is absolutely insane on every level.

Consider that a hard pass here.