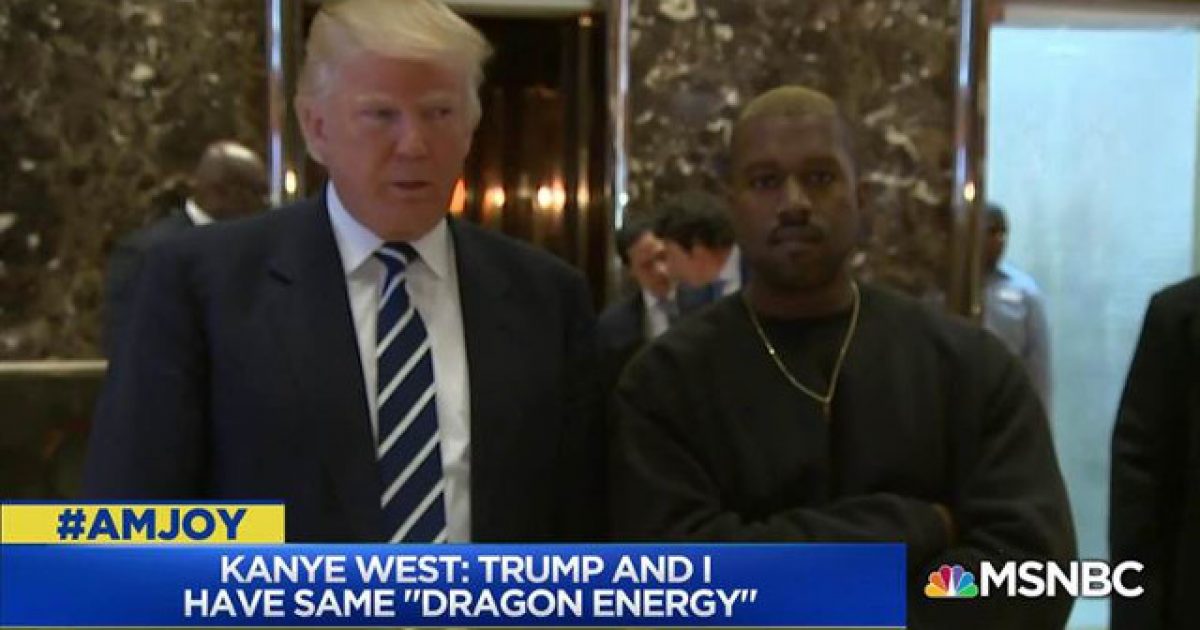 Rapper Kanye West has been extremely vocal about his support for President Donald Trump, a bold proclamation for someone who works in the cesspool of the entertainment industry where such an announcement can lead to the end of your career.

West has certainly caught tons of flack for his support of Trump, but despite all of the pressure on him to cave in and renounce the president, he’s remained true to what he believes and has stood by his convictions. Surprisingly, this has made him a sort of admirable figure among conservatives, which, to be honest, is probably not something anyone could have possibly predicted.

Now, Trump and West are planning to sit down and have dinner together at the White House. What a strange time to be alive, folks.

Presidential son-in-law and senior adviser Jared Kushner will also meet with West when he visits, press secretary Sarah Sanders said in a statement.

“Topics of discussions will include manufacturing resurgence in America, prison reform, how to prevent gang violence, and what can be done to reduce violence in Chicago,” Sanders said.

Trump on Monday said he had instructed the Department of Justice to work with law enforcement in West’s hometown of Chicago to “straighten out the terrible shooting wave.” The president has also threatened to send in federal forces to clean up Chicago.

West is scheduled to visit on Thursday, The New York Times reports.

“Mr. Kushner, who serves as a senior adviser to Mr. Trump, has been focused on overhauling the criminal justice system, and one person briefed on the meeting said that Mr. West wanted to discuss the availability of job opportunities for former convicts. He also hopes to discuss with Mr. Trump how to increase the number of manufacturing jobs in the Chicago area, where Mr. West grew up and recently said he planned to return, according to the person briefed on the meeting,” said the Times.

Folks might not realize just how impactful it is to have Kanye’s support of the president. As Andrew Breitbart famously — and correctly — stated, politics flows downstream from culture. Therefore, if you want to truly change the political climate, you have to focus on winning hearts and minds in the culture.

There’s no doubt a lot of impressionable young folks who are now curious as to why Kanye is supportive of someone the vast majority of people in their lives tell them they are supposed to hate. By examining things for themselves they may end up being won over by the truth of conservative principles.

Or at the least, having their mind opened to different possible solutions to America’s problems than they previously thought about.

Either way, this is how you change things. Let’s hope other big players in pop culture follow suit.

Girl Mocking, Harassing Elderly Kavanaugh Supporter Enrages Twitter. Until They See What Happened to Her.