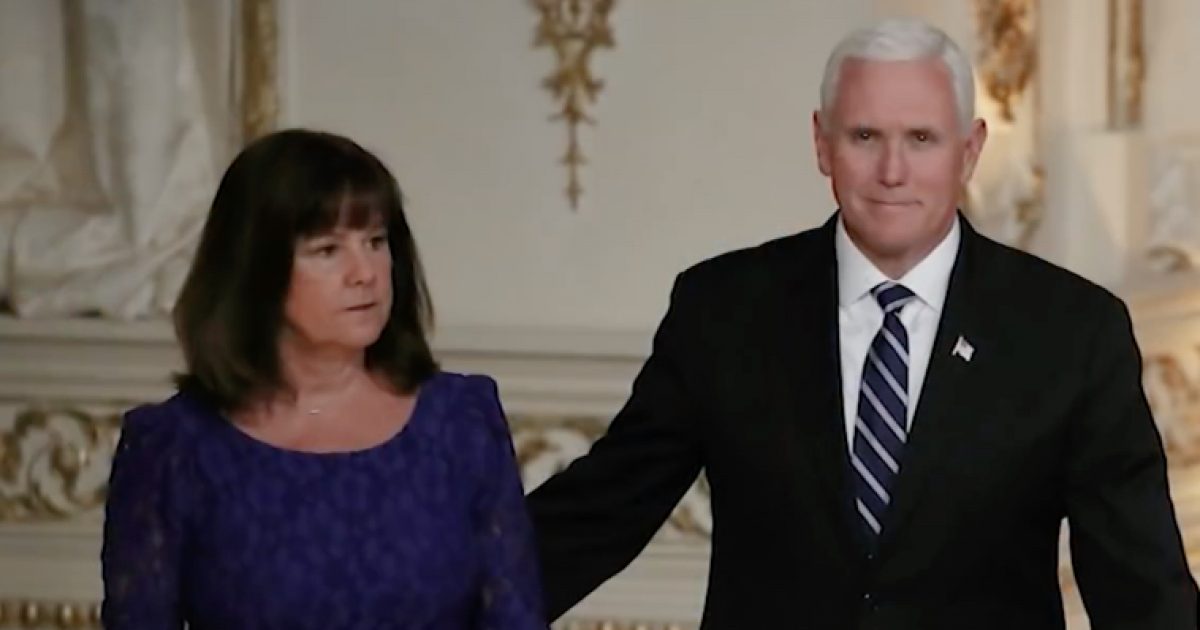 A great hullabaloo has been made over the new part-time job being held by the wife of the Vice President, Mike Pence.

Karen Pence, a lifelong Christian, has taken a job outside of the White House this year, returning to the educational field in order to teach art at The Immanuel Christian School in the DC suburbs.  The choice was controversial for two reasons:  The first reason is simply the “resistance”.  You see, Pence and her husband are both part of the Trump administration, meaning that the liberal left was always going to disagree with the move – no matter what.

The second reason that this controversy has stuck around so long is that the Immanuel Christian School is a religious organization, not a public school, and as such has some hardline restrictions on the sort of families they wish to serve.

Namely, they don’t admit students who themselves or their families happen to display homosexual behavior.

Our nation’s founding documents say that “all are created equal”, but some have taken to using selective portions of the Bible to condemn others by their sexual identity.  As a private school, Karen Pence’s employer has the option of which decree to stand by, and have chosen the divine diatribe over the democratic one.

This has led to schools within the area declining to participate in extracurricular activities with students from the Immanuel School.

A progressive school in the nation’s capital said its students will not be playing sports at the school where Second Lady Karen Pence teaches part-time because of safety concerns.

Jessica Donovan, headmaster of Sheridan School, a K-8 institution located in northwest D.C. that has a tuition of more than $36,000 a year, sent a letter to parents saying Immanuel Christian School’s policies were an “obvious challenge” given the school’s “fundamental belief in diversity and inclusion.”

The initial plan was to make the kids go to the school during away games wearing rainbow socks or warm-up jerseys as a show of LGBTQ support. But instead, Donovan banned the students from playing sports at the Virginia elementary school because some expressed “they feel unsafe” in such an environment.

“As we talked more, we understood that some students did not feel safe entering a school that bans LGBTQ parents, students or even families that support LGBTQ rights,” she wrote.

Of course, there is an obvious moral quandary to discuss here:  If the Immanuel school, as a private organization, can discriminate against the LGBT community, why couldn’t Google be allowed to discriminate against right wing news or Christians themselves?  After all, they too are a private entity.  Is their freedom of speech as powerful as the Immanuel School’s freedom of religion?  I should certainly hope so.

If we keep fighting over these immovable realities, we will only continue to divide our nation.

We are approaching the un-fracturing of the American populace at a rapid pace.  At some point in the not-so-distant future, we will be forced to accept diversity as a strength, and division as a weakness.  Even though the mainstream media tells us all to foment hate for one another, we are better than that.

We must come together to embrace our differences in order to remain undivided and vigilant against a media and a government that looks to split us down the middle.

Matt.7. [1] Judge not, that ye be not judged. [2] For with what judgment ye judge, ye shall be judged: and with what measure ye mete, it shall be measured to you again. [3] And why beholdest thou the mote that is in thy brother’s eye, but considerest not the beam that is in thine own eye?