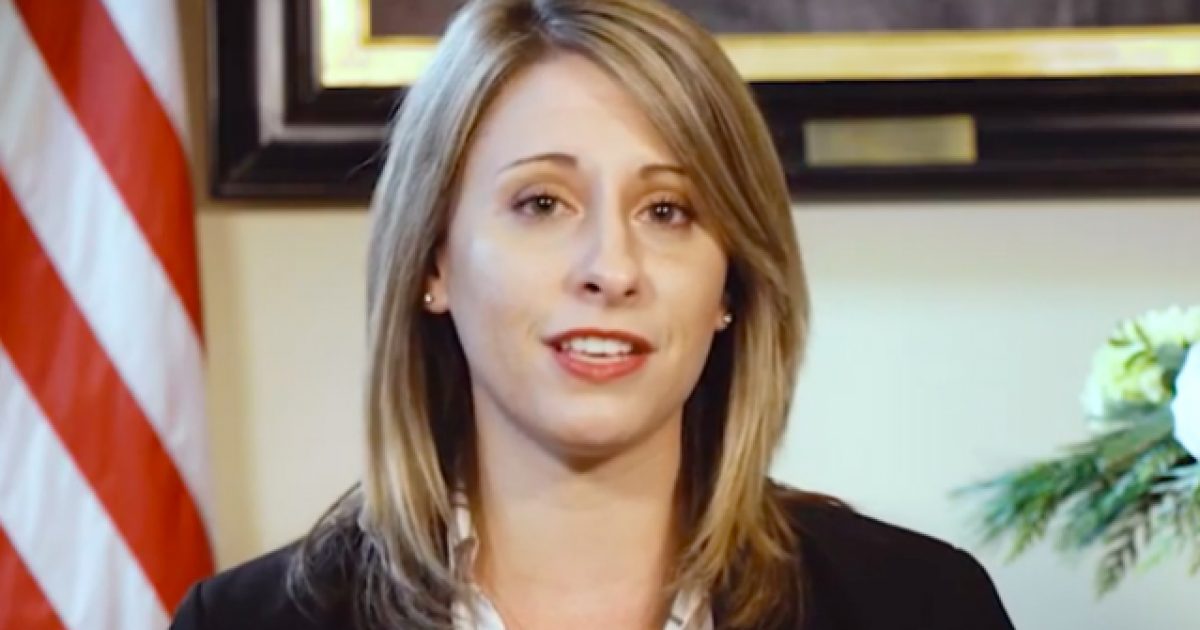 Former GOP lawmaker Ryan Costello recently stated that he isn’t buying the explanation that Democratic Rep. Katie Hill gave for stepping down from her post.

If you’ll remember back, Hill resigned from her position while facing an investigation by the House Ethics Committee looking into an alleged affair she had with a member of her congressional office. However, Hill visited “The View” and said the real reason she actually stepped down.

Here’s more on all of this from The Washington Examiner:

Hill said the “slow processes” of the investigation would have been “incredibly invasive to my staff and to my entire office.”

“It’s also something that I’m glad I was able to take the pressure off of my staff by resigning so that they didn’t have to worry about that,” she said. “But why did I decide to step down? I realized the impact that I was having on my colleagues. I did not want to be a distraction during the time that we were coming up on the impeachment inquiry vote. I didn’t want to be used as a tool against my fellow freshmen who were coming from these swing districts.”

Her comments on The View came a day after she claimed “biphobia” was the reason behind her resignation, and that’s where Costello pushed back.

Not wanting to deal with an Ethics investigation led to resignation. Same as straight, male, GOP members who didn’t want the scrutiny their actions earned. End of story. https://t.co/EQPYcAZDZ1

Photos of Hill, 32, were published in October that showed her naked in a hotel room, brushing the hair of a female campaign staffer who worked on her 2018 congressional campaign. Additional photos were later published that showed her holding a bong while undressed. She apologized and admitted she had an affair with the female campaign aide but denied another alleged affair with a staffer and resigned days later.

Hill later on said that she struggled deeply with suicidal thoughts after she resigned from her post. The former congresswoman has launched an organization that is dedicated to aiding younger folks, especially women, get into political office.

Because who wouldn’t want help from someone who blew her own opportunity at the big time by having an affair with a staffer?