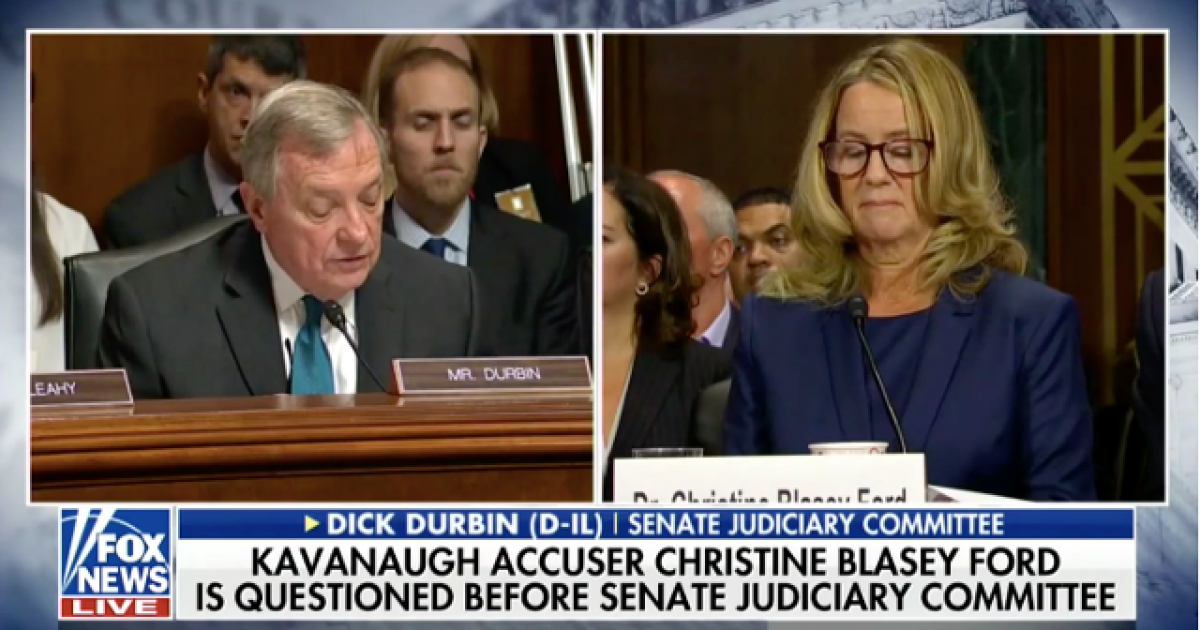 Dr. Christine Blasey Ford testified in front of the Senate Judiciary Committee today where she stated that she is “100 percent certain” the man who assaulted her was Brett Kavanaugh.

Despite two men coming forward and claiming responsibility for the attack on her at a house party in 1982, Ford is still claiming Kavanaugh is the man responsible.

Perhaps this would be more believable if her story wasn’t already so full of holes.

“In Judge Kavanaugh’s opening testimony, which we will hear after you leave, this is what he says, ‘I never had any sexual or physical encounter of any kind with Dr. Ford. I am not questioning that Dr. Ford may have been sexually assaulted by some person in some place at some time,’” Democratic Illinois Sen. Dick Durbin said. “Last night, the Republican staff of this community released to the media a timeline that shows that they have interviewed two people who claimed they were the ones that actually assaulted you.”

Durbin’s statement references the committee interviewing two men earlier this week that believe they are the men who actually attacked her back in the summer of 1982.

He asked, “I am asking you to address this new defense of mistaken identity directly. Dr. Ford, with what degree of certainty do you believe Brett Kavanaugh assaulted you?”

Someone is clearly lying. So who is it?

The evidence, or lack thereof, seems to suggest Ford is the one being dishonest. If it’s determined that she’s mistaken, she could be in a lot of hot water after giving this testimony.

There are still many questions that need to be answered. Let’s hope the truth comes out sooner rather than later.

Top Lawyer Tells Sarah Sanders to ‘Rot in Hell,’ Check out What He did Immediately After