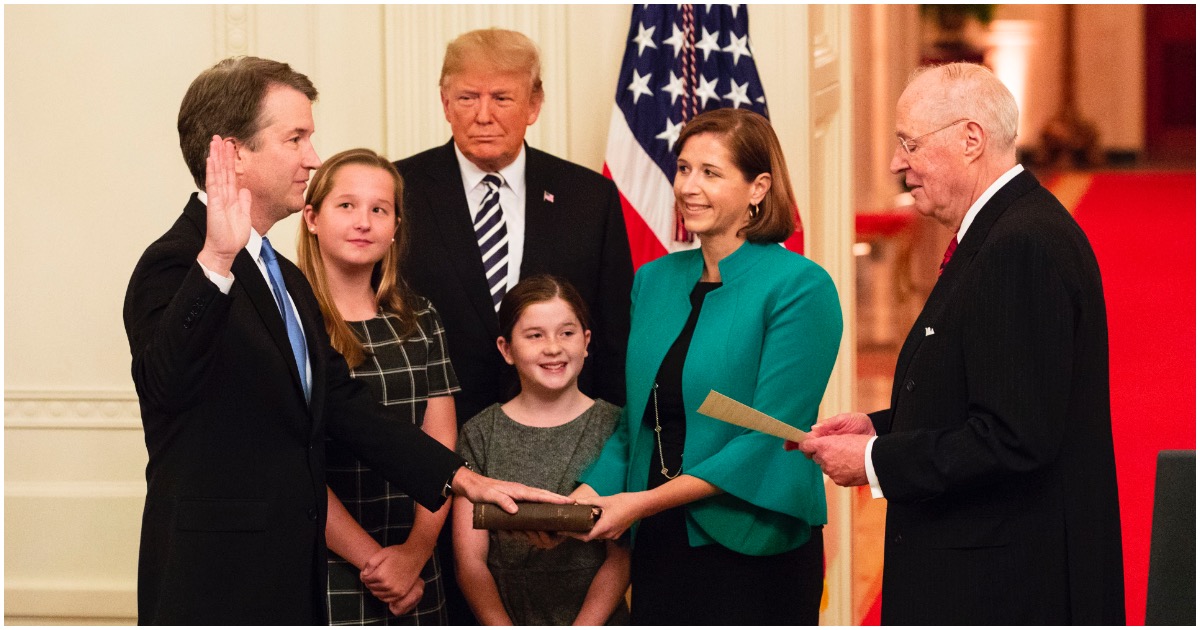 Due to security concerns, Supreme Court Justice Brett Kavanaugh will skip the tradition of walking down the Supreme Court steps with Chief Justice Roberts.

This should be disappointing to all Americans.

Very unfortunate that Justice Kavanaugh will have to forego this tradition after angry protestors overran law enforcement officials and attempted to break down the Supreme Court doors when he was confirmed.https://t.co/fpgV8pX5yL