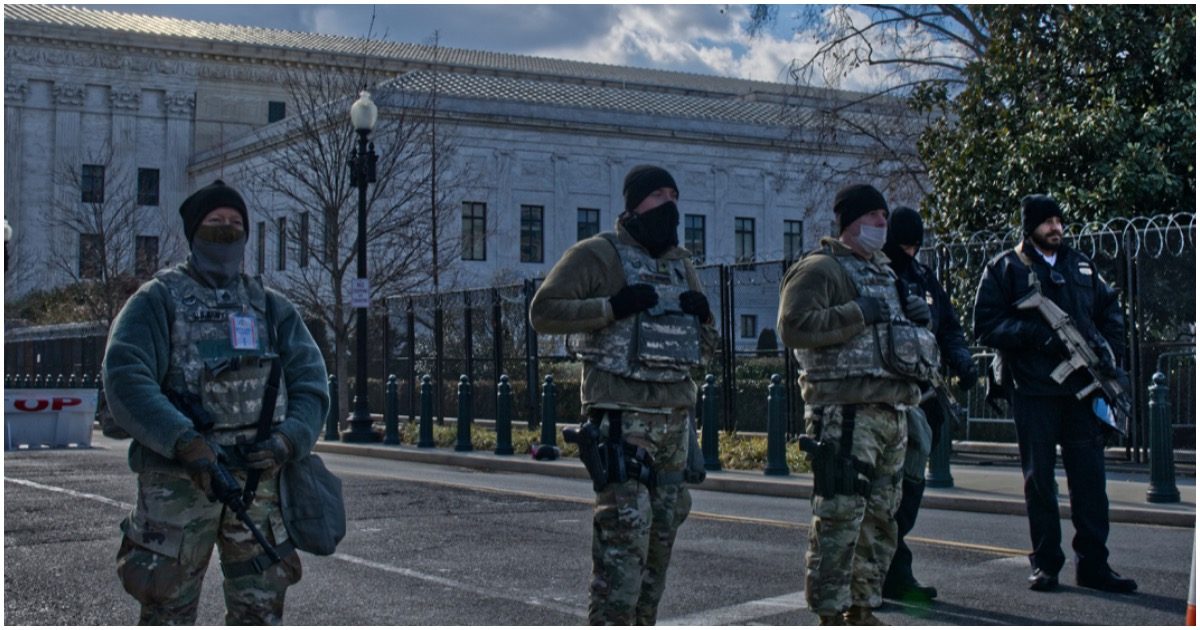 If over 2,000 members of the National Guard are being forced to remain in Washington DC during Joe Biden’s time in the White House, you’d have to imagine the entire Marine Corps will be stationed at the Lincoln Memorial when President Trump wins re-election in 2024.

Here’s what’s up, via The Daily Wire:

The National Guard presence in Washington, D.C., will reportedly end up costing taxpayers more than half a billion dollars thanks to newly extended orders to keep them from going home at least until May.

The Guard’s lingering mission, which was extended this week from Friday to May 23, will cost another $111 million in addition to the $410 million that has already been spent since they descended on Washington after the Jan. 6 Capitol riot, according to The Wall Street Journal.

On Wednesday, Defense Secretary Lloyd Austin approved the Capitol Police’s request to keep about 2,300 guardsmen at the Capitol through May 23. Pentagon spokesman John Kirby confirmed that the Department of Defense will be footing the bill, which is less than was originally estimated.

I urge Gov. Kay Ivey to immediately lift the statewide mask mandate and allow citizens and local officials the liberty to make the decisions that best fit their circumstances.

NEW: President Biden calls Texas and Mississippi decisions to end mask mandates “a big mistake" and criticizes what he views as “Neanderthal thinking” after CDC warned against complacency in the face of emerging coronavirus variants on Monday. pic.twitter.com/Mmdln3gNG6

The governor of Mississippi fired back…

President Biden said allowing Mississippians to decide how to protect themselves is “neanderthal thinking.”

Mississippians don’t need handlers. As numbers drop, they can assess their choices and listen to experts. I guess I just think we should trust Americans, not insult them.

And so did Texas Governor Abbott…

The Biden Administration is recklessly releasing hundreds of illegal immigrants who have COVID into Texas communities.

The Biden Admin. must IMMEDIATELY end this callous act that exposes Texans & Americans to COVID.

MSNBC: If Joe Was President In 2020 the COVID Death Count Would Be Much Lower