Kaitlin Bennett, a recently graduated student from Kent State University is a true American patriot who fully gets why the Second Amendment exists and believes it is a right for all citizens to be able to own and carry a weapon to defend themselves against criminals who desire to commit acts of evil.

Unfortunately, her school doesn’t share the same sentiment, as it refuses to allow students attending the school to carry guns on campus.

The school’s policies just did not sit well with Bennett, who founded the Kent State University chapter of Liberty Hangout, so she decided to protest by snapping a photograph of herself on campus, in her cap and gown, with an AR-10 rifle.

This is every bit as awesome as it sounds.

Bennett, who just graduated with a BA in biology, told Campus Reform in an interview that her tweets were inspired by her longstanding concern with how Kent State’s policies reduce the ability of students to protect themselves on campus.

“Kent State University is a school in which the government shot four unarmed students 48 years ago,” Bennett said, citing the 1970 incident during which the National Guard open fired on a crowd of Vietnam War protesters.

“I believe not only that those four students would still be alive today had they had the right to carry on campus, but that students today would be much safer,” Bennett explained. 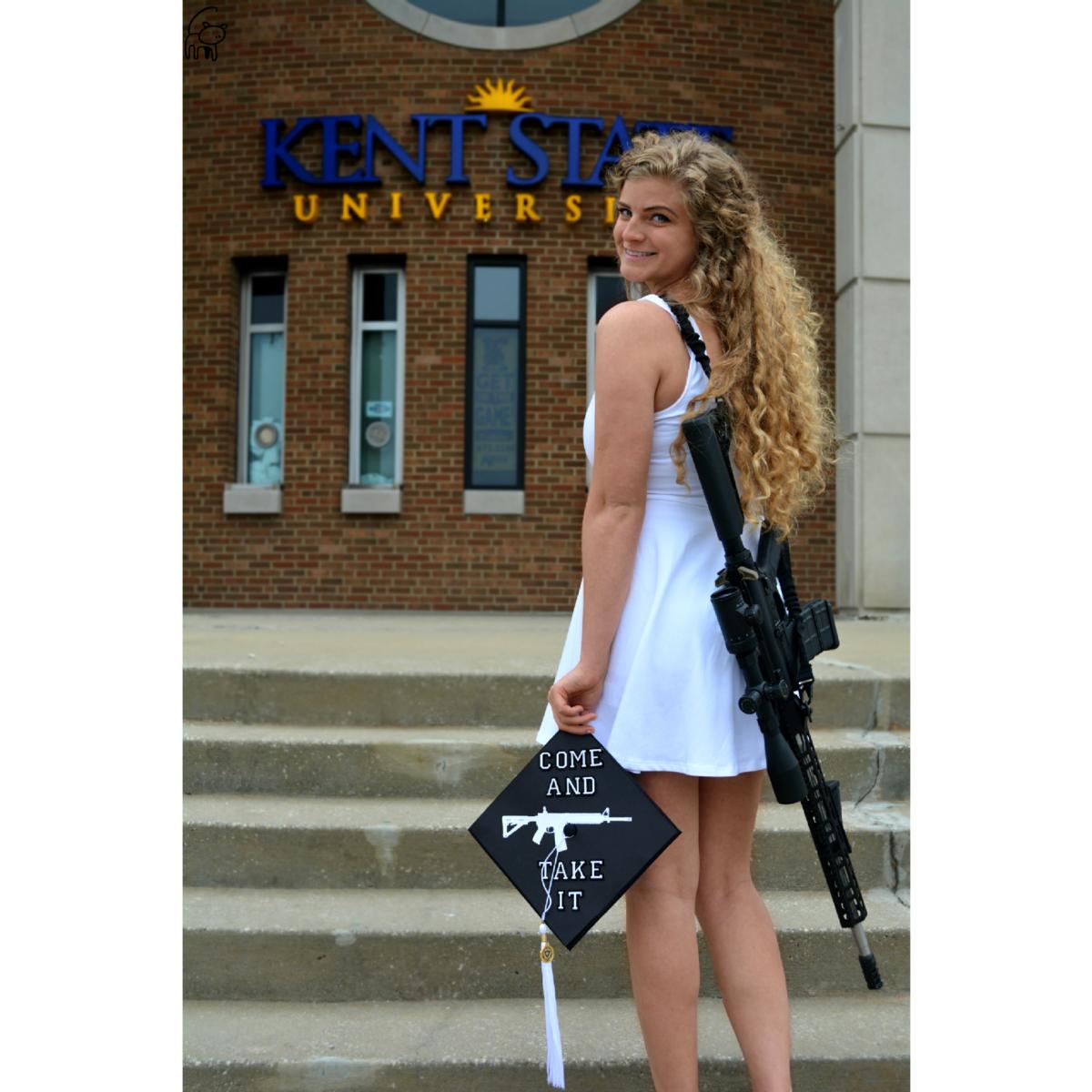 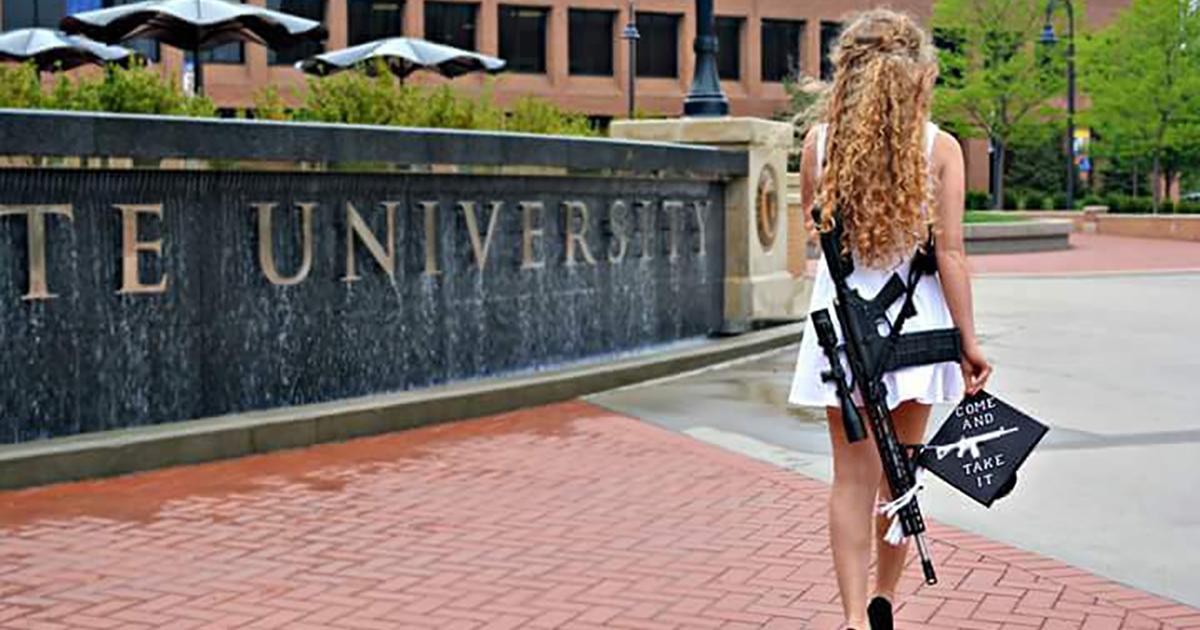 Bennett’s views are not shared by all of the students who attend the university, as school spokesman Eric Mansfield made clear in his response about Bennett’s protest.

“The university has a full-time, certified police force of more than 30 sworn officers who protect the campus,” Mansfield added. “These officers are visible, well-trained and on duty 24/7 in support of students, staff, and faculty.”

Bennett went on to state that campus police can’t always arrive on the scene fast enough to stop a horrific crime in progress, stating that “pulling out a gun is easier than dialing 911.”

As of right now, the school’s policy is that no students can conceal carry or open carry on campus, however, non-student guests are allowed to be in possession of a gun.

Bennett says her days of activism on the Kent State University campus are far from over, as she’s currently planning to stay in the area and fight for liberty with boldness, stating this time she “won’t have to worry about being expelled for expressing my views.”