The Kentucky State Police has been hit with a backlash after posting a not-woke-enough Facebook meme saying, “Our color is gray, our gender is trooper.”

Leftists claimed that the meme was “offensive” to men pretending to be women in the transgender community, according to Lex18.

Here is the slogan the police have used:

A trans person from Kentucky blasted the police for the posting.

The wokester added that he “didn’t feel safe” because of the post.

Kentucky State Police Sgt. Billy Gregory issued a statement saying, “Over the past 25 years, the Kentucky State Police has used the phrase to demonstrate that the agency is committed to racial and gender inclusivity. Prior to today, we were unaware of any concerns raised about the phrase. Given that KSP is committed to providing professional services to everyone in the commonwealth and is actively pursuing a diverse workforce, we look forward to discussing and learning more about the concerns raised today.” 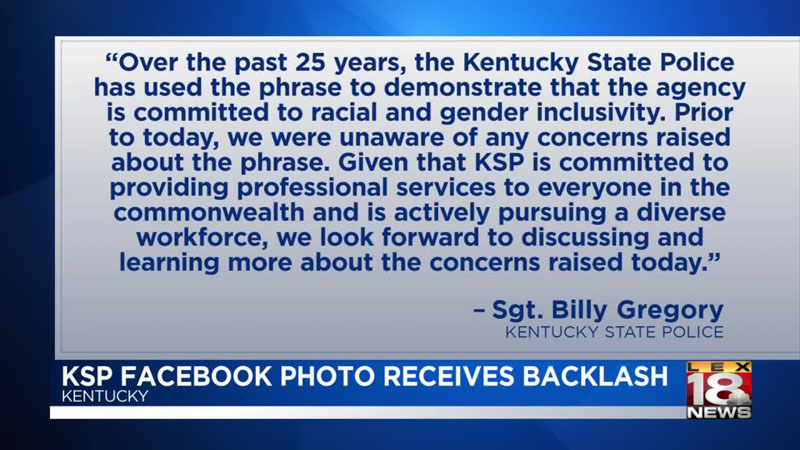 Still, the trans person claimed that if the police was using that slogan, they need to stop it.

“If they’re really committed to serving and protecting everyone, then they need to issue some sort of new slogan that really does feel inclusive,” the woke whiner said.

'What was going through my head is, "Oh, my gosh…this is it…I’m gonna die,"' the Lyft driver told reporters.
By C. Douglas Golden, The Western Journal  September 25, 2022 Comment MoreShare