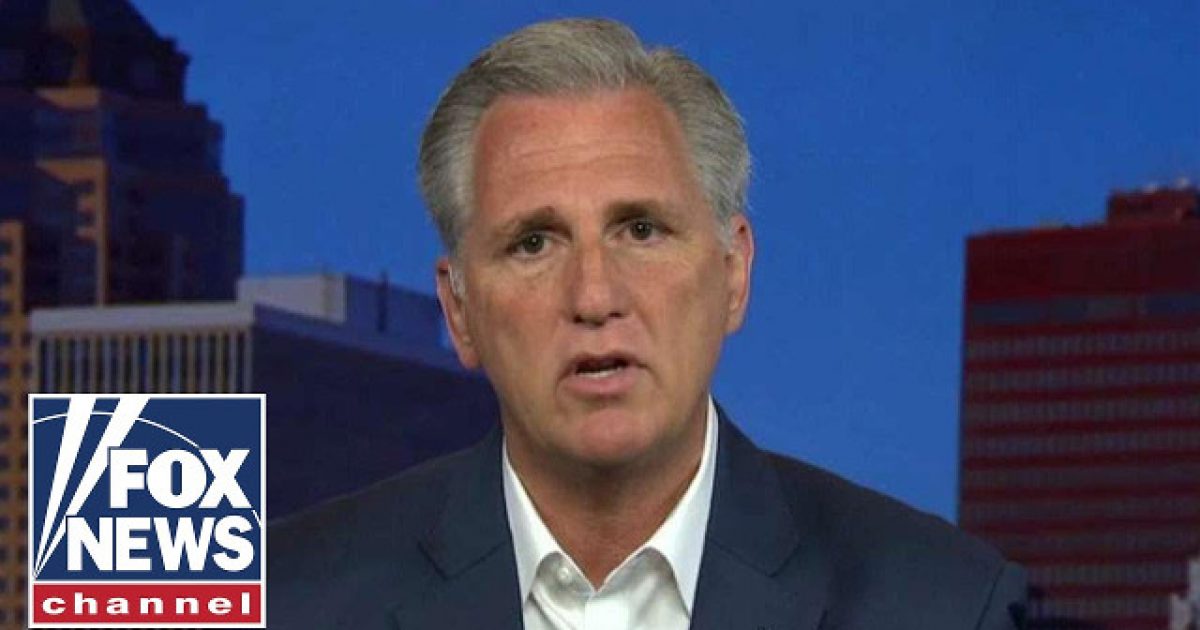 Rep. Kevin McCarthy, the top member of the GOP in the House of Representatives, told his side of the story about the now infamous meeting that took place in the White House that featured House Speaker Nancy Pelosi, House Majority Leader Steny Hoyer, and Senate Minority Leader Sen. Chuck Schumer all walking out the door in the middle of things.

According to McCarthy, the reason for their departure is because they are “infatuated” with the idea of impeaching President Trump. Pelosi recently launched an impeachment inquiry into the president not that long ago over a phone call he made to Ukraine concerning possibly shady business dealings involving Democratic presidential candidate and former Vice President Joe Biden and his son Hunter.

Check out what McCarthy had to say via Fox News:

“They left the meeting, other Democrats stayed and we had the most normal meeting you could ever have that was productive with the general of the joint chiefs, the secretary of defense and the president talking about how do we keep the homeland safe,” he said.

“The president starts out and he provides the letter he sent to the president of Turkey, Erdogan,” he continued, claiming Pelosi did not look at it when it came to her turn and instead put it face down on the table.

“I have served with six presidents,” the Maryland lawmaker said in a clip played by host Laura Ingraham. “Never… have I seen a president treat so disrespectfully a coequal branch of the government of the United States.”

“These people are infatuated — they are fixated on impeaching this president instead of worrying about fixing our problems,” he said.

McCarthy went on to say, “Who is the leader? The person who stayed in the room and had a discussion. The people who left the room are the ones who can’t handle it.”

What the Media Doesn’t Tell You About COVID Treatment – Death by Vaccine
January 17th, 2021 TCP News