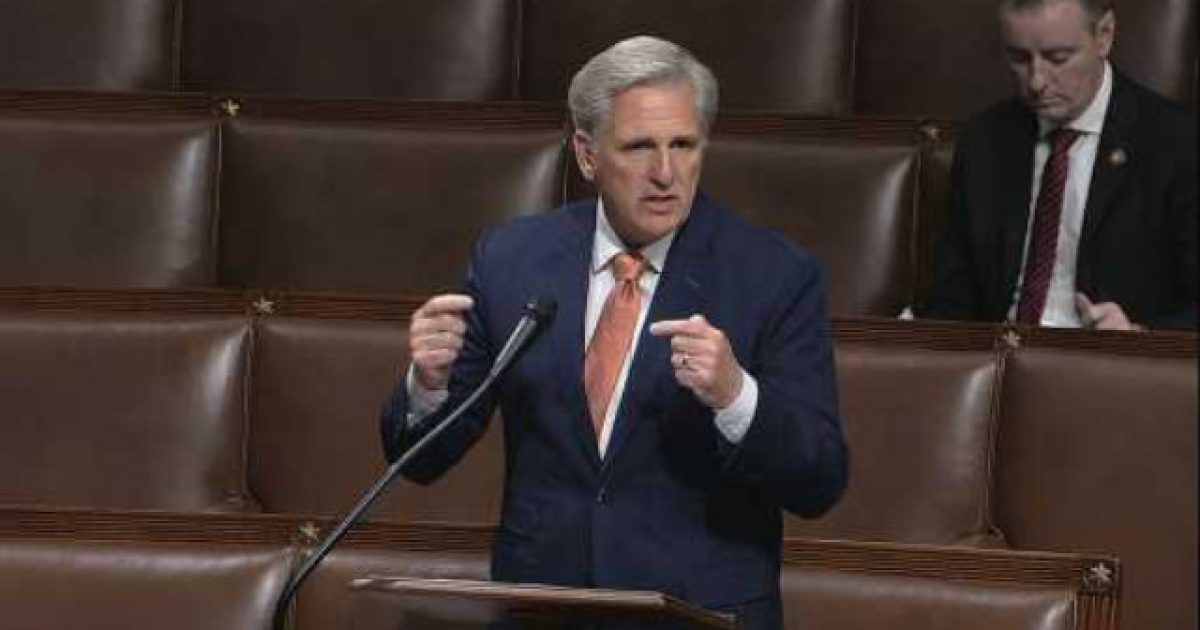 House Minority Leader Kevin McCarthy has put forward a new bill on Thursday that if passed will prevent states that don’t take steps to preserve statues and monuments from receiving federal funds and grants.

As you can imagine, the radical left in this country, particularly those involved in the Black Lives Matter movement, are not happy about this at all.

“Public monuments are indispensable because they tell the American story. It is wrong to erase our history. We should be learning from it. Instead, leftwing mobs in cities across the country are destroying statues of General Grant, St. Serra, Christopher Columbus, and abolitionists. This is lawlessness in its purest and most unacceptable form,” McCarthy said in a statement.

“Yet too many liberal mayors and governors won’t restore order or arrest the rioters, the most basic duties of government,” he continued. “Many seem to agree with Speaker Pelosi, who excused mob rule as ‘people will do what they do,’ as if that absolves them of their failure to follow the law.”

Speaker of the House Nancy Pelosi told the Washington Examiner that statues should only be removed after some sort of decision making process has been completed.

Yeah, that likely got a whole lot of boos from the BLM crowd, seeing as how they prefer the anarchic method of removal involving ropes and spray paint.

Just last month, President Trump signed an executive order that would prosecute individuals who did damage to monuments located on federal property. A man named Jason Charter was arrested in June for putting together an event to topple a statue of former President Andrew Jackson that is located outside the White House.