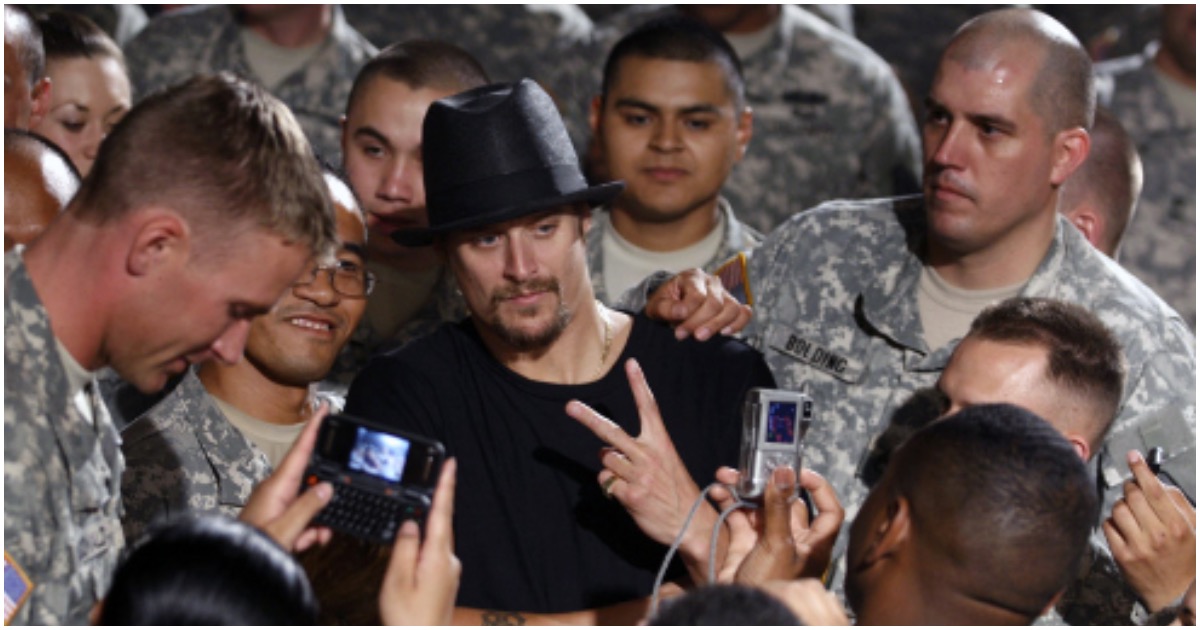 Musician Kid Rock is a supporter of President Trump, the troops, and America.

Check out what he did for 350 random people at a Tennessee Walmart.

Kid Rock gave the Nashville, Tennessee, community a nice Christmas present this week, paying off $81,000 in layaway debts at an area Walmart.

@tylerperry Great idea! I followed your lead and paid off the layaway at my local Walmart in Nashville. Merry Christmas and God Bless You!

WBIR reports that Kid Rock paid down 350 layaway accounts at a Nashville Walmart. The location’s manager Tom Meyer told the outlet, “Kudos to Kid Rock for making such a gesture in our community.”

Kid Rock recently got in trouble for what he said about Joy Behar in the clip below:

President Trump is sending a message. Anyone who tries to come after him with frivolous lawsuits will pay bigly!

Attorneys for President Trump asked a court Monday for nearly $800,000 in lawyers’ fees and penalties from adult-film actress Stormy Daniels for the failed defamation lawsuit against him.

Obviously, Trump could pay his legal fees with one check, but that’s not the point. It’s the principle of the matter.

The man’s name is all the over news once again.

This time, it’s because Stormy has turned on Michael in order to “set the record straight.”

Gillers: “If he filed the case with her name when it was clear that she told him not to, then he could be sued for that. He could be sued for malpractice. If true, she has a malpractice case against him. I emphasize if true. And if true, he would be subject to discipline but not as serious as disbarment.”