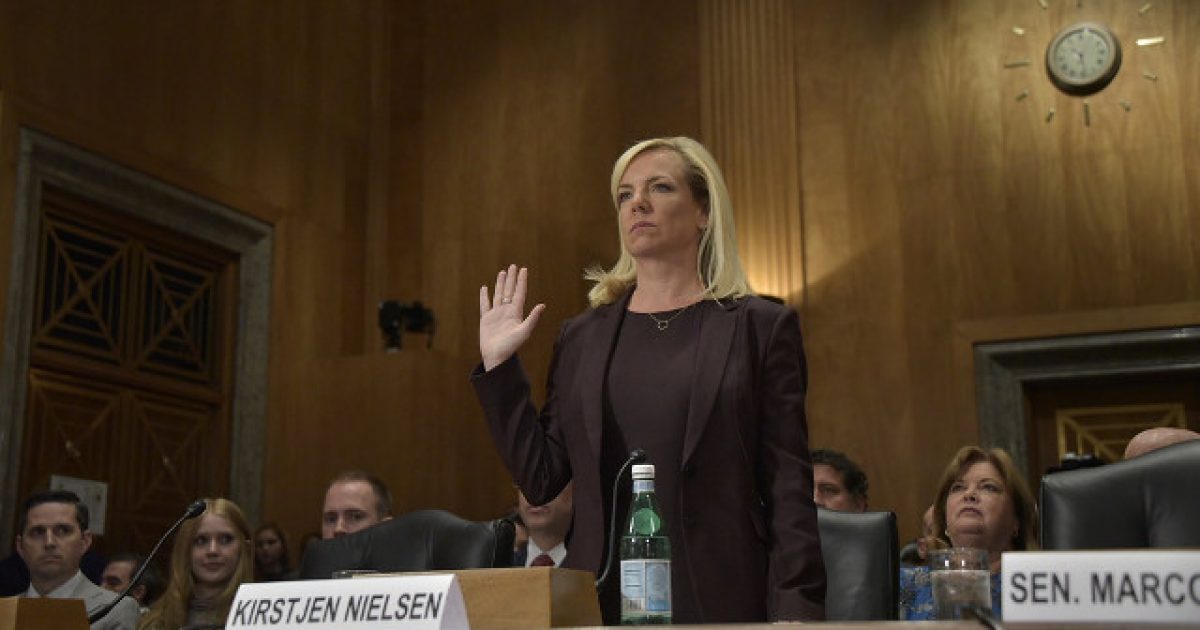 It should come as no surprise to anyone that Donald Trump is growing frustrated with the direction of immigration policy here in the United States.

Not only has he faced massive “resistance” from the democrats on the subject of law and order on the border, but he is also being taunted by a horde of up to 14,000 Central American migrants who are marching their way toward Texas as we speak.

Given just how large a role immigration policy played in President Trump’s 2016 campaign, it is understandably frustrating for the Commander in Chief to be stymied so consistently on the subject.  And, as we know, when Donald Trump isn’t happy, there are sure to be changes made.

President Donald Trump has decided to replace Department of Homeland Security Secretary Kirstjen Nielsen in the coming weeks after becoming increasingly frustrated with her performance on immigration enforcement.

“Trump canceled a planned trip with Nielsen this week to visit U.S. troops at the border in South Texas and told aides over the weekend he wants her out as soon as possible,” The Washington Post reported, citing five current and former White House officials. “The president has grumbled for months about what he views as Nielsen’s lackluster performance on immigration enforcement and is believed to be looking for a replacement who will implement his policy ideas with more alacrity.”

Trump has been dissatisfied with Nielsen’s performance dating back for months, most notably slamming her during a 30-minute meeting in May after the number of illegal aliens entering the U.S. through the Southern Border soared for the second consecutive month.

“Why don’t you have solutions? How is this still happening?” Trump demanded to know during the May meeting, later adding, “We need to shut it down. We’re closed.”

With the midterm elections nearly behind us, it wouldn’t be surprising to see a great number of major shakeups in the Trump administration going into 2019…especially now that the democrats will be in charge of the House.

‘America’s Got Talent’ Finalist Posts Pro-Trump Photo, Check out What Happened to Him Immediately After