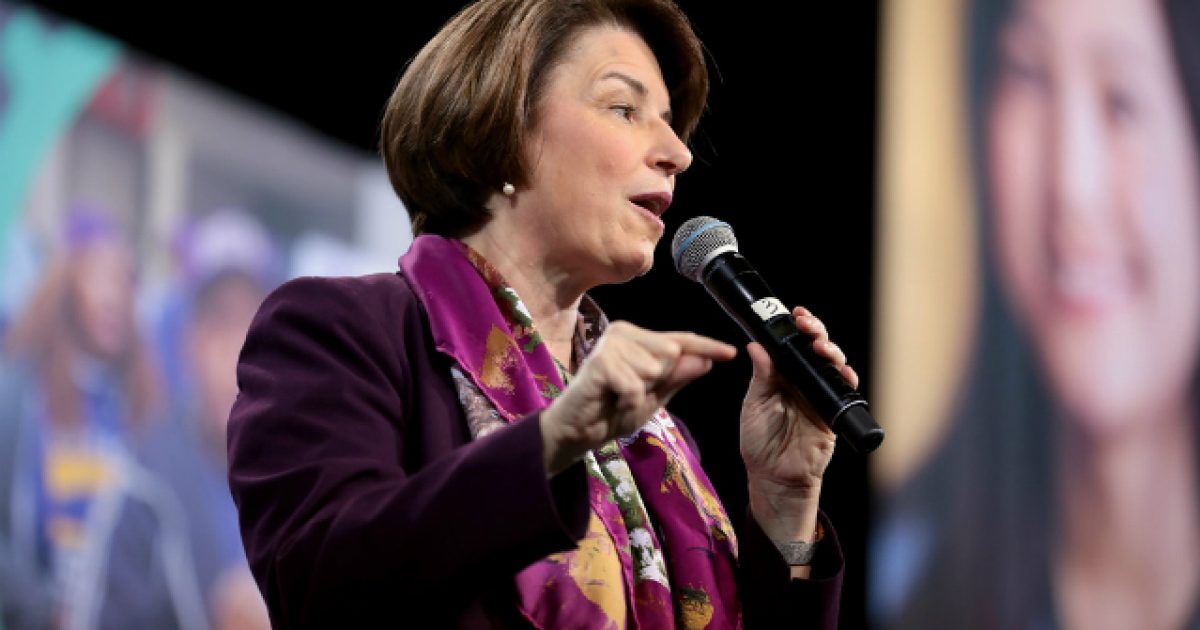 Sen. Amy Klobuchar is enjoying some serious success after having a strong finish in the New Hampshire primary, which had her finishing well above both Sen. Elizabeth Warren and former Vice President Joe Biden, a result that’s left many folks stunned.

But that’s not all. Klobuchar managed to pull in $2.5 million in donations for her campaign just hours after the New Hampshire primaries, giving her lots of funds to further her drive to raise attention for her campaign.

Just as @amyklobuchar said, Team Amy redefined grit, and tonight’s results proved that our grassroots support continues to surge!” Justin Buoen, Klobuchar’s campaign manager, said Tuesday night. “Thanks to the team’s strong showing, we raised more than $2.5 million since the polls closed. Bring on Nevada, South Carolina and beyond!”

Just as @amyklobuchar said, Team Amy redefined grit, and tonight’s results proved that our grassroots support continues to surge! Thanks to the team’s strong showing, we raised more than $2.5 million since the polls closed.

Bring on Nevada, South Carolina and beyond!

The Minnesota Democrat came in third place in New Hampshire, bringing in 20% of the vote behind the 24% Pete Buttigieg received and the 26% Sen. Bernie Sanders gained. Klobuchar got more votes in the state’s primary than both Biden and Warren combined.

The candidates now move onto Nevada, where there has not been a reliable poll on the field in over a month. Sanders will likely be the favorite in the state, with Buttigieg and Klobuchar hard on his heels. Biden ditched New Hampshire at the last moment before results started to come in, and it appears he will attempt to make a last stand in South Carolina, which votes after Nevada later this month.

This is an impressive showing for a candidate that most folks didn’t really seem to care about previously, which just goes to show you that no matter how much of an expert someone might be in the realm of politics, things are unpredictable.

Most individuals probably believed that Joe Biden would be the presidential nominee, no questions asked, but that is turning out — thus far — to not be the case at all. In fact, it’s looking likely that either Buttigieg or Sanders will be the candidate. Then again, who knows?