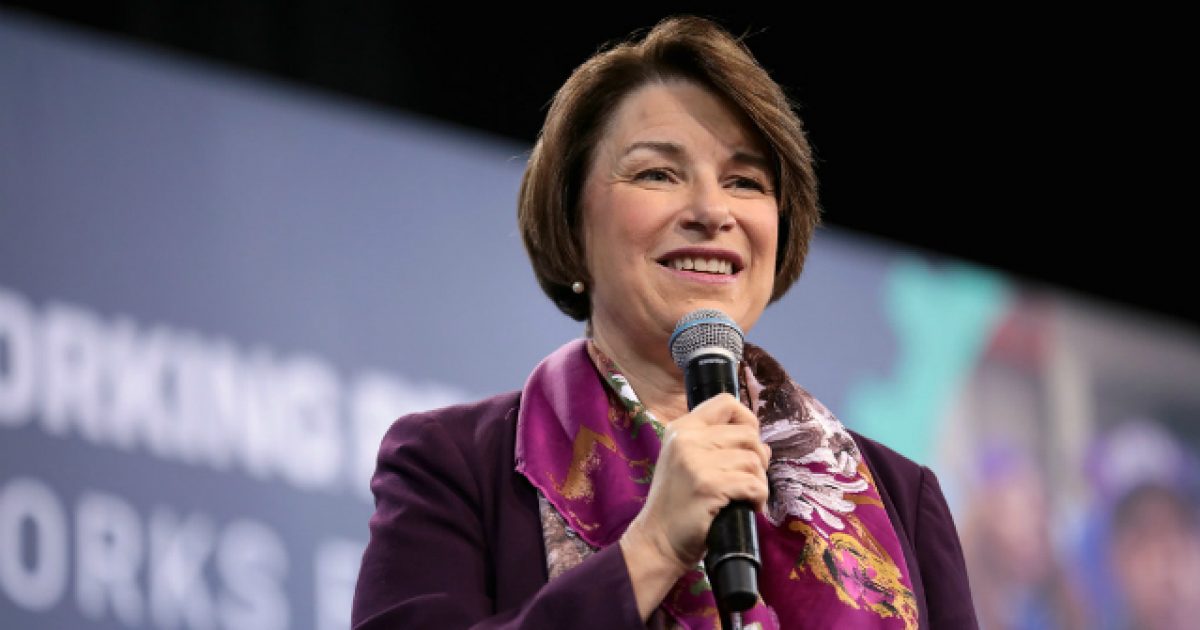 Sen. Amy Klobuchar shocked America this week by going on to defeat Joe Biden, Elizabeth Warren, and many other Democrats in the bloated presidential candidate pool by finishing third in the New Hampshire primary.

Not wanting to waste momentum, Klobuchar has been trying to find opportunities to say all the right things liberals want to hear, including a story about immigration designed to get that crowd on her side in future primaries.

Ahead of Nevada, the first contest with a more diverse electorate, Klobuchar spoke about her Swiss grandfather, who even after marrying her grandmother, a U.S. citizen, had to register under the Alien Registration Act as he worked in a pie shop in Milwaukee, Wisconsin.

The former top prosecutor for Minnesota’s most populous county, which covers Minneapolis, said her family’s experience made her dislike President Trump’s charged immigrant rhetoric even more.

“He tries to shatter that dream for people every day,” she added.

Klobuchar’s White House ambitions will face a test in Nevada next week and in South Carolina on Feb. 29. She’s behind her rivals in terms of fundraising and ground-game infrastructure.

The problem with Klobuchar’s take on immigration is that it’s obvious she’s just towing the party line. Back in 2006, when she was running for a Senate seat, she declared it was important to have a physical wall or fence at the border and that E-verify was necessary to help stop companies from hiring illegal immigrants.

If this sounds familiar, that’s because it’s essentially the same platform policies of Donald Trump, the man she’s accusing of being a dream crusher for immigrants.

Klobuchar is an opportunist and she’s doing her best, in full politician mode, to get people to vote for her by tickling their ears with what they want to hear.