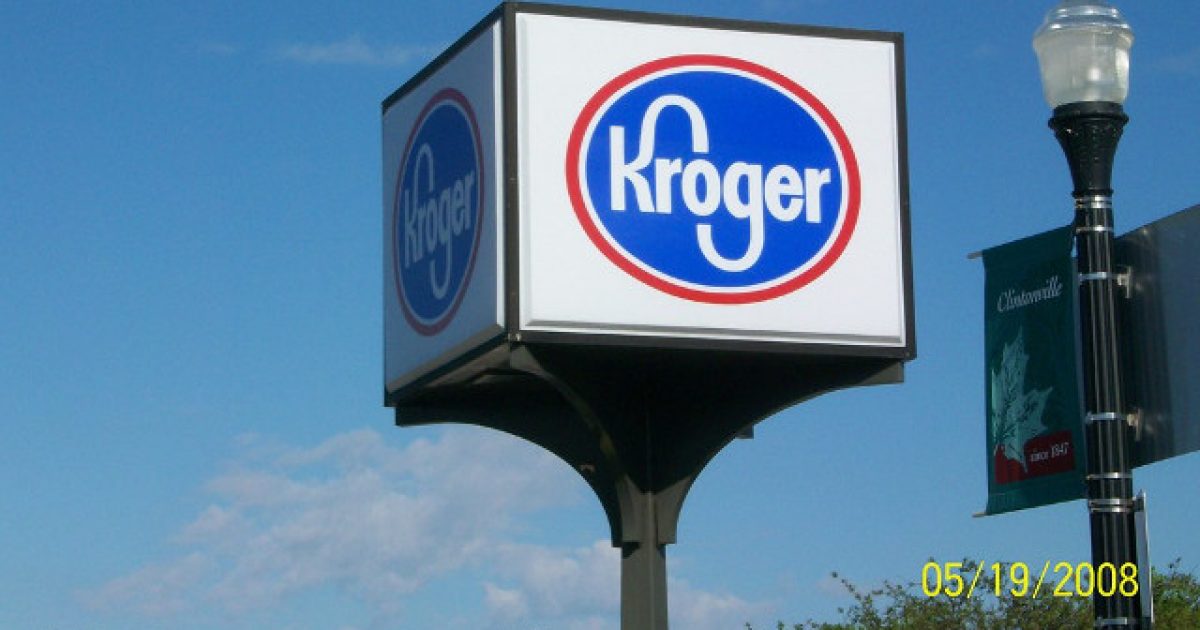 It seems the number of retailers out there turning their backs on gun owners and opting to play it safe by taking a stand against the Second Amendment continues to grow.

First, it was Dick’s, then Walmart, and now Kroger. So what exactly is Kroger asking gun owners to do that’s so anti-gun? It’s asking for patrons to not openly carry in their stores.

Folks, it really does seem like people this day and age just have no actual understanding of the Second Amendment.

“Kroger is respectfully asking that customers no longer openly carry firearms into our stores, other than authorized law enforcement officers,” Adelman’s statement read. “We are also joining those encouraging our elected leaders to pass laws that will strengthen background checks and remove weapons from those who have been found to pose a risk for violence.”

“A year ago, Kroger made the conscious decision to completely exit the firearm and ammunition business when we stopped selling them in our Fred Meyer stores in the Pacific Northwest,” the statement added. “Kroger has demonstrated with our actions that we recognize the growing chorus of Americans who are no longer comfortable with the status quo and who are advocating for concrete and common sense gun reforms.”

It’s truly a sad time to be an American. All of these retailers and grocers who have come out with anti-gun policies are making it clear which side of the political fence they stand on, and trust me when I say that we the consumers most definitely won’t forget.

There’s no doubt many gun owners who openly carry will now be on the lookout for a new grocer to buy food and other products from who won’t infringe on their rights. When they do, they will not be shying about spending money to support that particular company.

In the end, Kroger is making their stores less safe and also killing off some of their revenue, neither of these options being smart business decisions.

Guess they want to learn the hard way.

San Francisco City Government Flips The NRA The Bird; Here’s What They Voted To Do

Jussie Smollett’s Attorneys Say Actor Shouldn’t Have To Reimburse City, The Reason Why Is Totally Bonkers