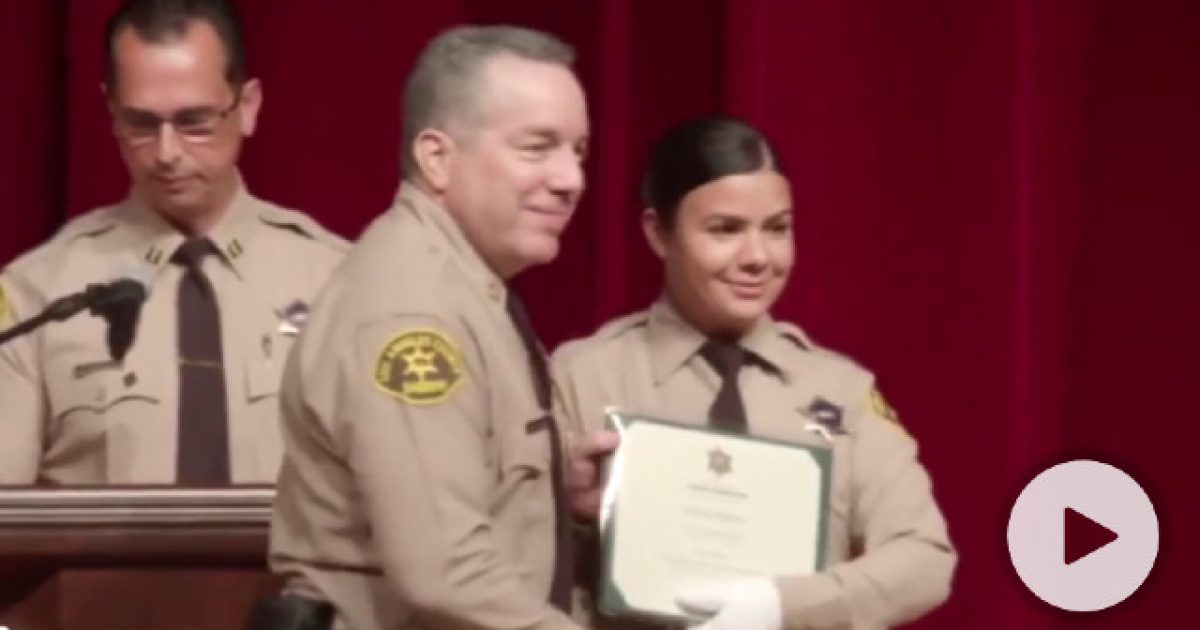 One of the sheriff’s deputies who was ambushed on Saturday evening in their vehicle and shot in the head has finally been identified. Apparently, the woman in question was a librarian before she decided to join the Los Angeles County Sheriff’s Department almost three years ago, according to new reports.

The deputy’s name is Claudia Apolinar, and she’s currently under the watchful guard of fellow members of the sheriff’s department while she and her 24-year-old partner recover from their wounds. Apolinar worked as an aide in the library starting way back in 2011 before she joined the force in 2017.

Here’s more on this amazing woman via Fox News:

Apolinar, who is a 31-year-old mother to a 6-year-old boy, and her partner were ambushed Saturday night while sitting in their car at a metro center in Compton. They were rushed to the hospital in serious condition.

Her father told the Mail she was being protected by a member of the LASD who was standing watch by her room.

Her father told the Mail she was being protected by a member of the LASD who was standing watch by her room.

The LA County Sheriff’s Department has issued a statement offering up a reward of $100,000 for any information that could lead to the arrest of the individual involved in the shooting.

Being in local law enforcement has always been a dangerous gig, but it’s even worse today thanks to the civil unrest created by the mainstream media in their mission to push leftist propaganda.

If you know any police officers in your area, please take the time to pray for them. An already tough job has just been made infinitely more difficult.